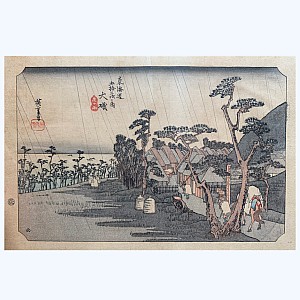 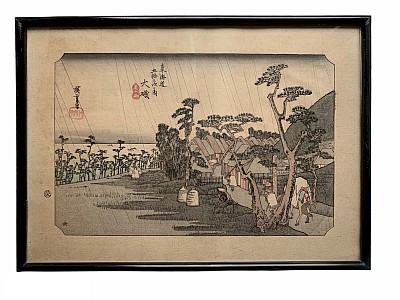 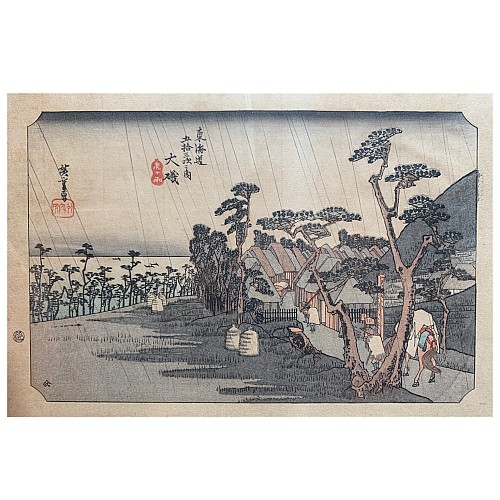 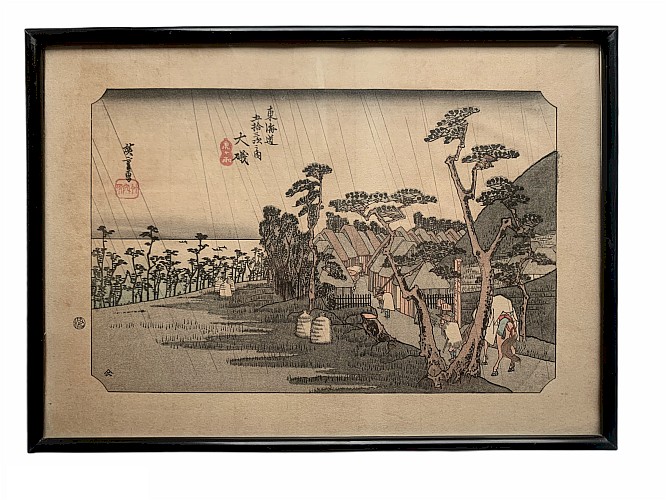 Japanese print by Hiroshige, The Fifty-three Stations of Tōkaidō, here shown the 8th station 'Ōiso-juku', showing travelers in raincoats made of straw coming from the ocean and entering a village in the pouring rain. One is on horseback, the others on foot on a road lined with pines. Framed and under glass. Despite our efforts to find publishers in specialized works, the publisher remains a mystery, certainly late 19th-early 20th century, Partially discolored as visible in the photos, Japan.

On the fifty-three stations of Tōkaidō:
This is a series created by Hiroshige after his first trip along the Tōkaidō road in 1832. This road, linking the capital Edo to the imperial capital, Kyoto, was the main axis of Japan at the time. The Tōkaidō is Hiroshige's best-known and also the best-selling work in ukyo-e history. Coming just after the series of 36 views of Mount Fuji by Hokusai, it devotes this new major theme of ukiyo-e that is now the landscape print (fūkei-ga), with in particular the representation of famous places (meisho). Hiroshige's prints will be greatly appreciated, not only in Japan, but later in the West.