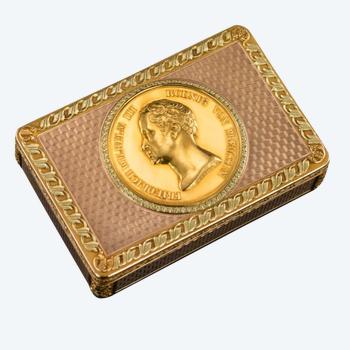 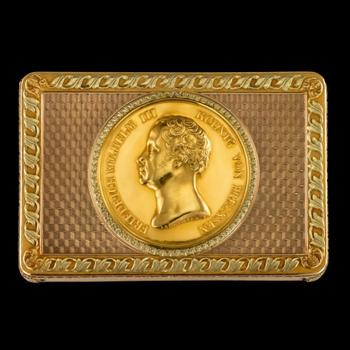 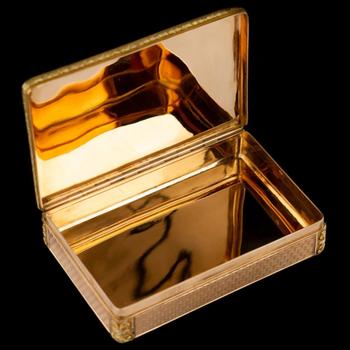 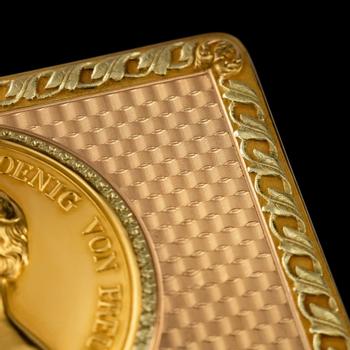 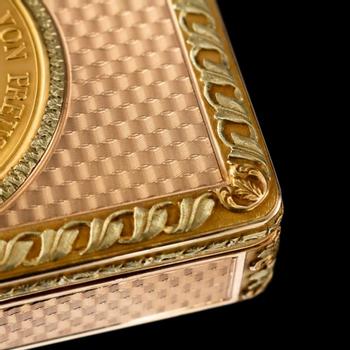 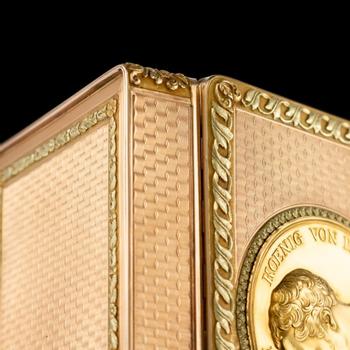 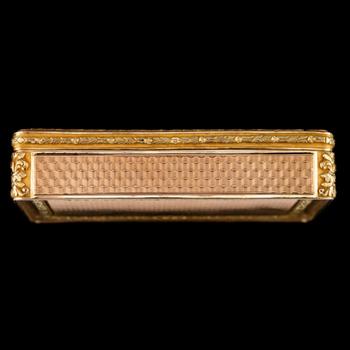 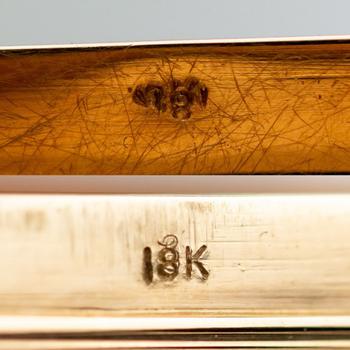 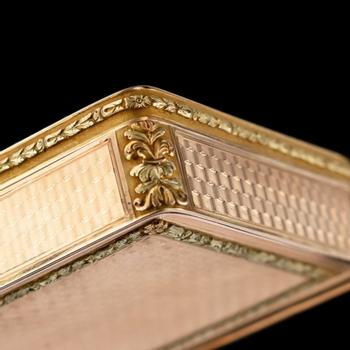 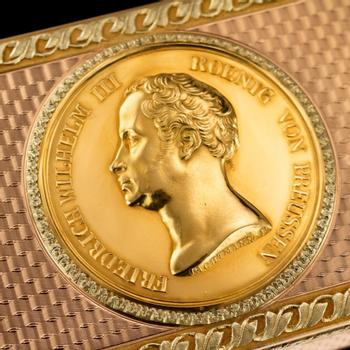 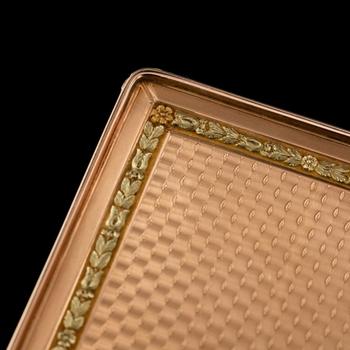 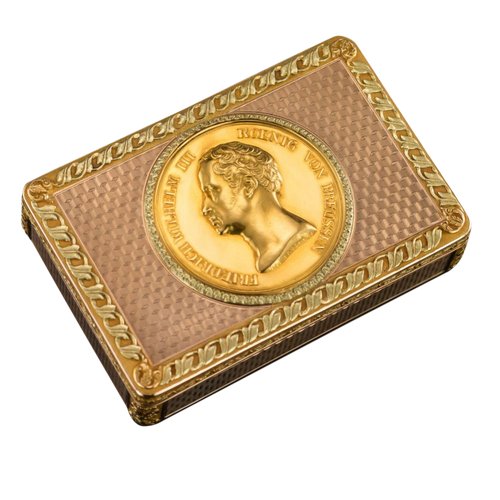 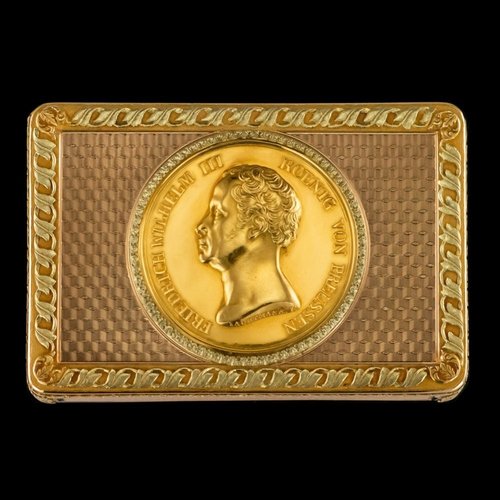 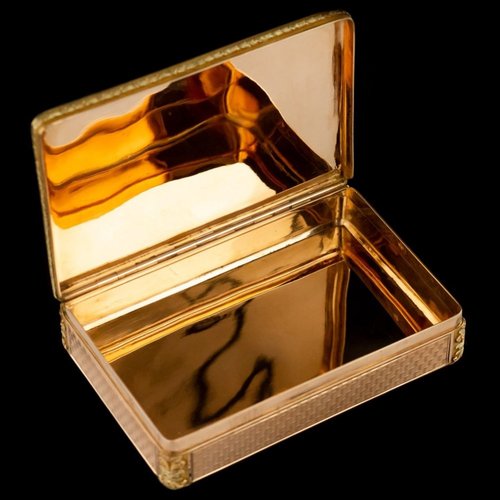 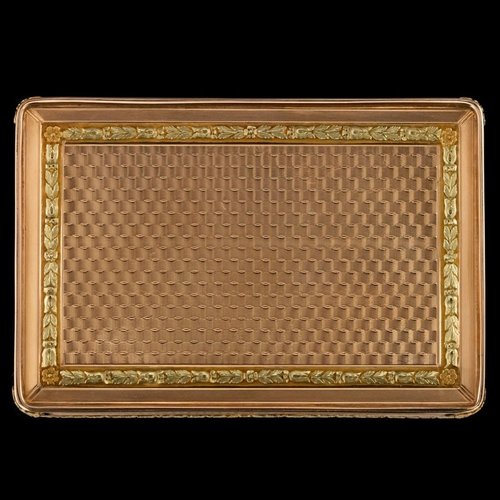 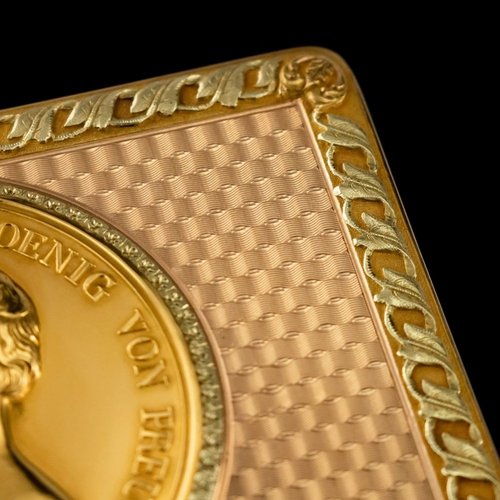 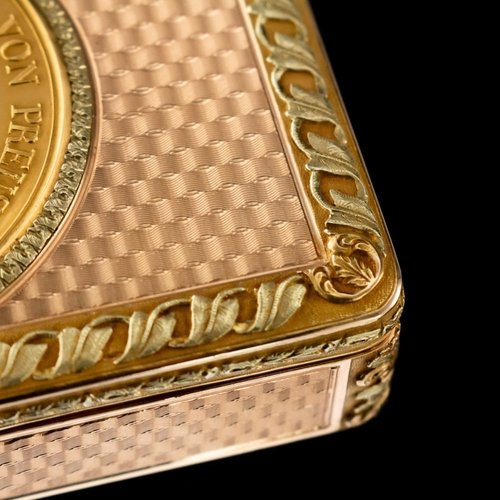 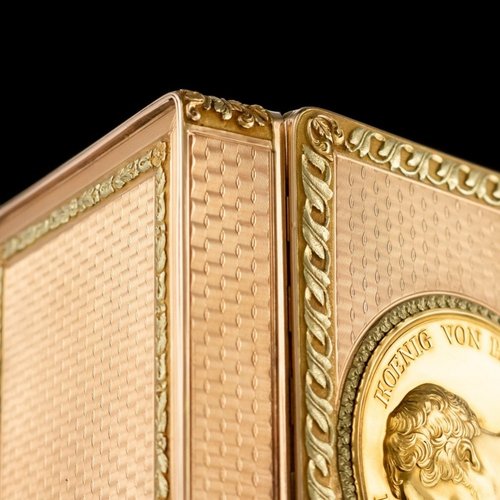 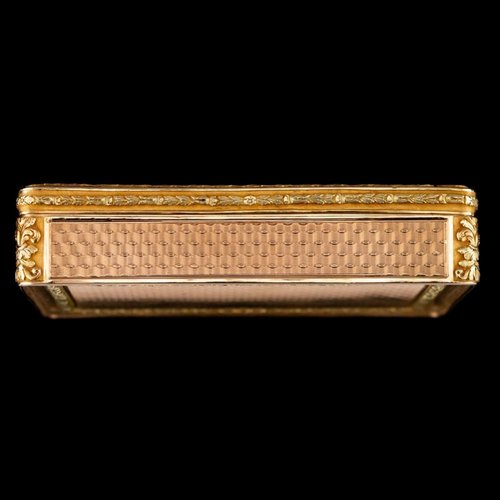 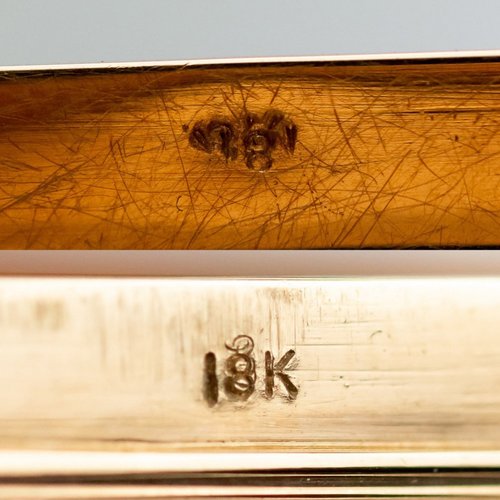 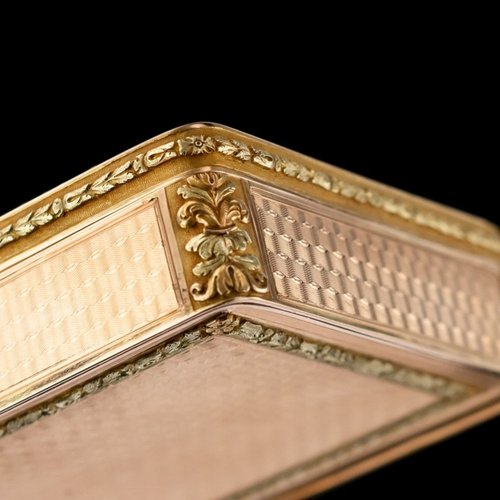 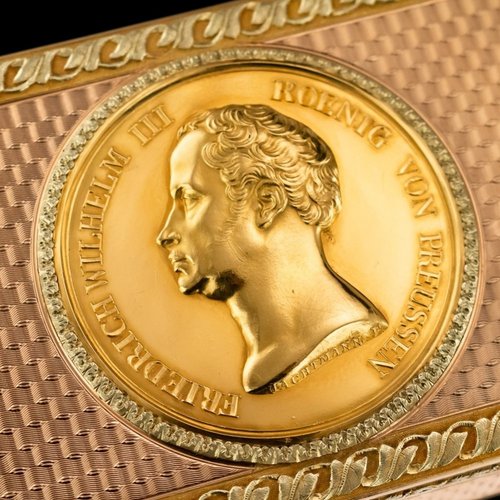 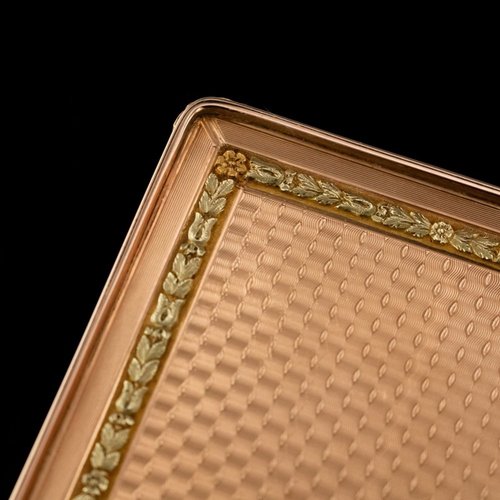 By Antiqon
12.721 €
In Stock
Very good
Autre style
19th century
Make an offer on this item!

A 19th century German (Prussian) snuffbox, an 18k gold tricolor presentation snuffbox, traditional rectangular in shape, with the lid, sides and base transformed into elaborate heliophilic fields. 18k stamp (750 gold).
Cover with the new Royal Medal of Honor featuring the head of Frederick Wilhelm III. On the neck is the signature of the I'ACHTMANN F medal. Dictification on the back: the personification of Félicitas Publica is seated on a throne with a cornucopia, on the left a crowned Prussian eagle. According to Bolsenthal (1841), these gold medals were awarded by the monarch himself. Awarded to artists and scientists, as well as senior military and government officials. The design was created by sculptor Rauch in 1825 and production of medals began in 1826. Usually they were 33.23 mm and 27.65 g, 8 ducats were struck (20 ducats, mintage only 170) until in 1840. Silver copies were minted in 1837. This medal is 40 mm wide, making it the most sought after 20 ducat medal. 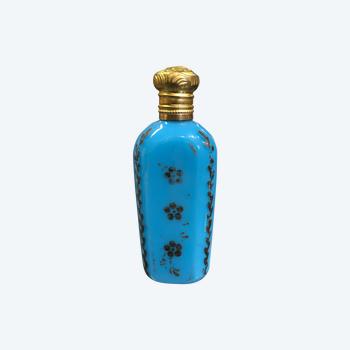 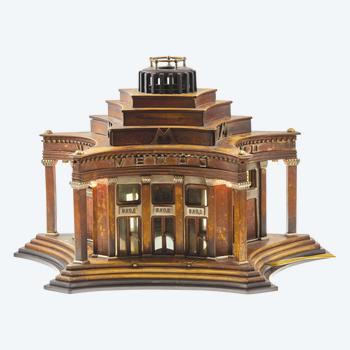 Inkwell of the metro "Arbat" 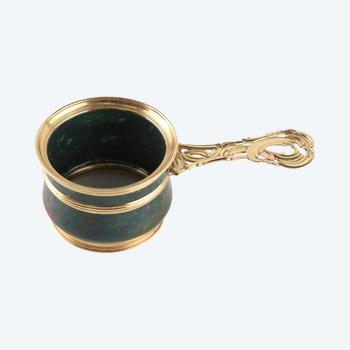 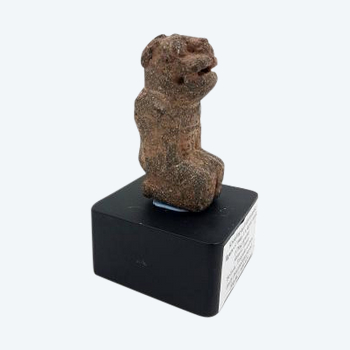