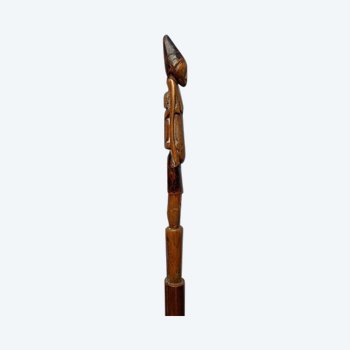 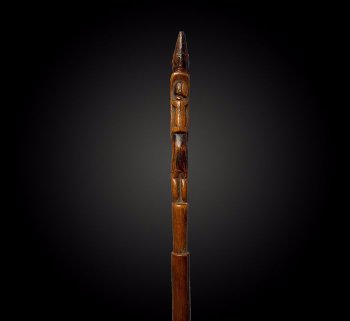 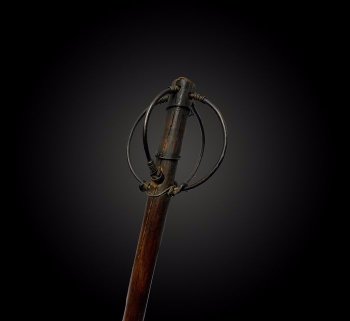 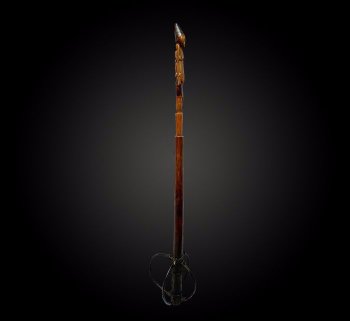 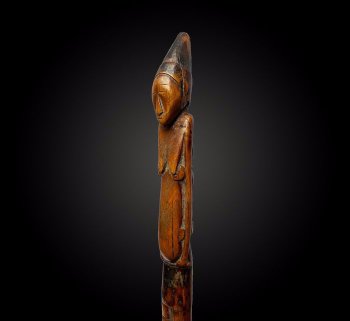 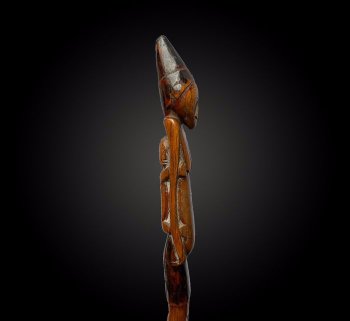 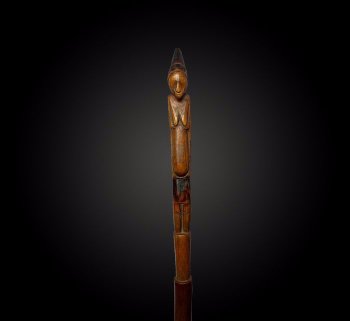 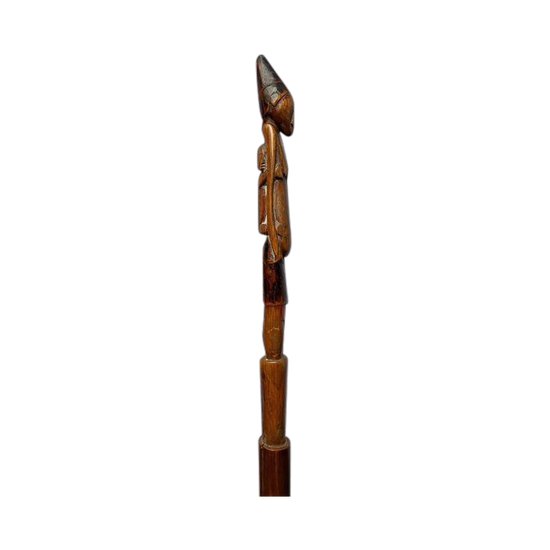 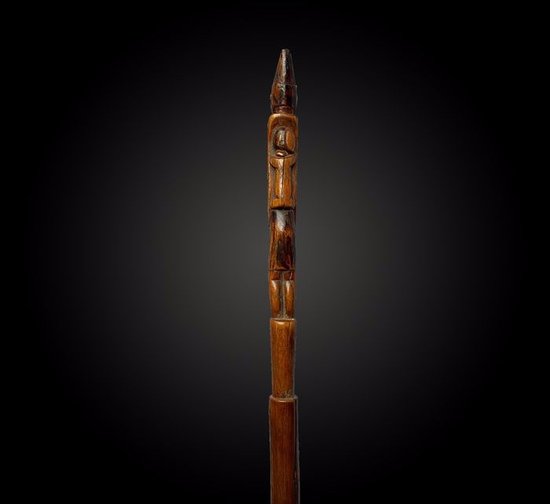 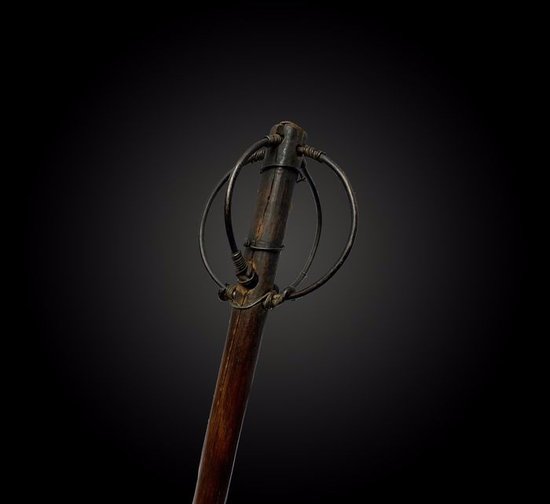 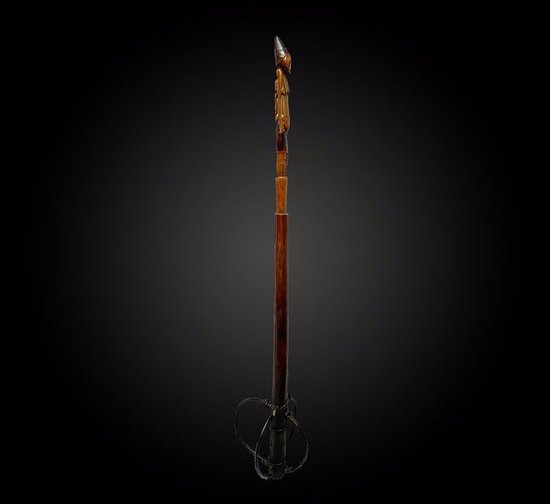 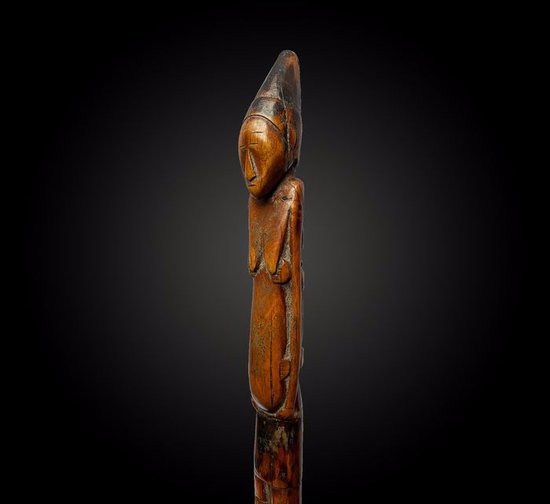 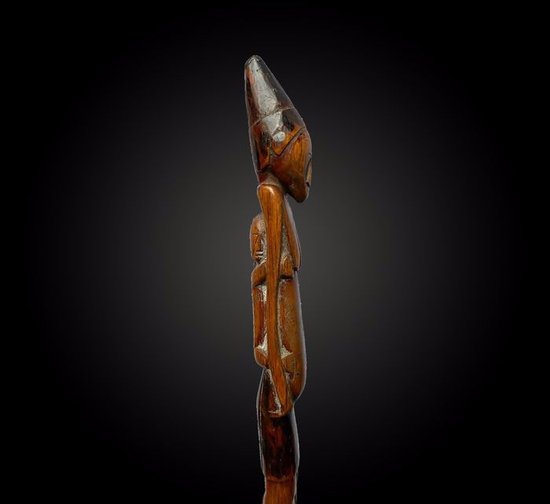 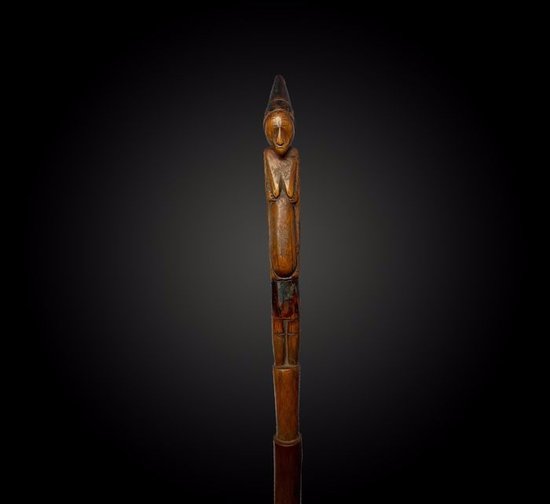 The pommel of this cane is carved with a female figure carrying her child on her back. She has her hands placed under her abdomen, while her child keeps her hands under her chest. The latter has little relief and is drooping.
The mother is dressed in a black pigmented loincloth and a conical headgear, showing the same pigmentation. His oval face is marked with a slender nose and five short, horizontal incisions signifying the eyes, eyebrows and mouth.
Its feet are included in a cylindrical section forming the first step of the cane. If the latter seems cut, it has been reused as a sort of tool to which metal hoops have been added. 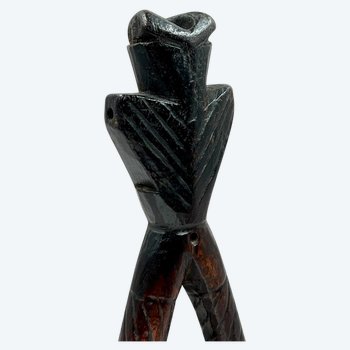 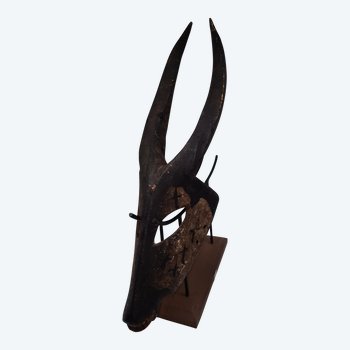 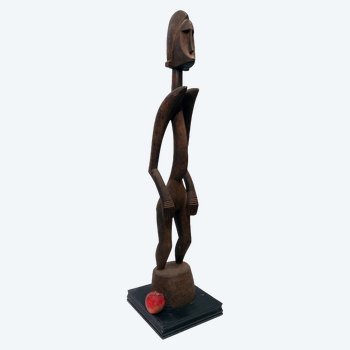 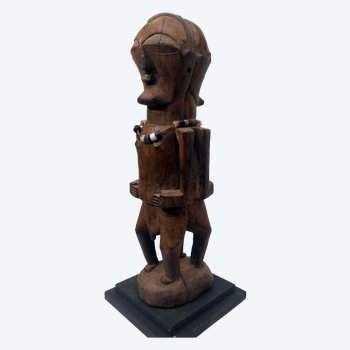 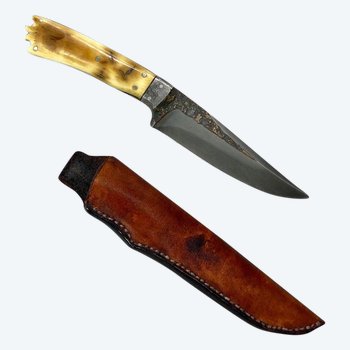 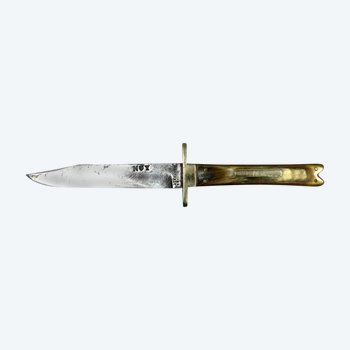 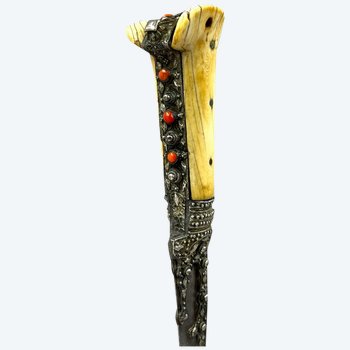 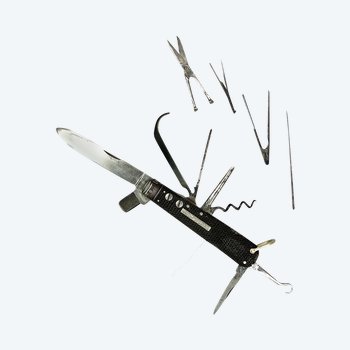 DAGUE known as " MAIN-GAUCHE " - Spain - End of the XVIIth century