About the work
This work, like the work of Robert Marc, is inspired by Tatlin's Russian constructivism. Idea of a construction without any link with visual reality. Autonomy of forms therefore, a form that creates a relationship of tension with that of its immediate proximity.

Robert Marc explores the variations of this choice of abstract shapes: rectangular planes, circles, arcs of circles, square planes, the effects and relationships of which he accentuates with uneven touches of color.

About the artist
Robert Marc (1943-1993) is a French painter born in Auxerre. He was introduced to painting at an early age, in particular by attending the new school in French-speaking Switzerland.
Robert Marc mainly produced oils on canvas, cardboard or panels.
His first solo exhibition was held, quite late, in 1988 at the Artko gallery (Toulouse) and a year later in New York. Robert Marc has exhibited in Switzerland, France, the United States and Japan. A first retrospective took place in London in 2011. 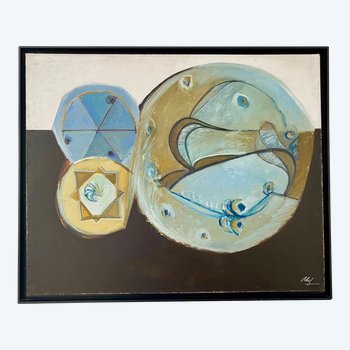 Portrait of an 18th century Abbot 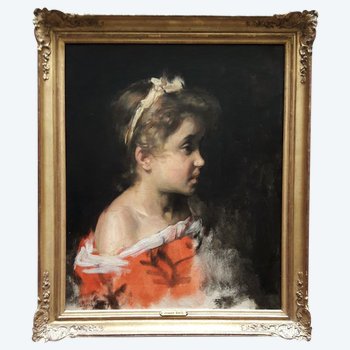