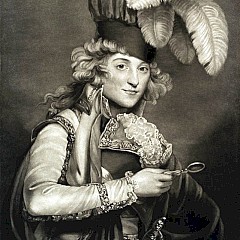 Claude Pierre Etienne Camille Pernon is an 18th century silk manufacturer, born November 3, 1753 at 6 quai de Retz in Lyon and died in 1808. His father, Etienne Pernon, had been in charge of the production since August 11, 1751. His wife, very beautiful, had been noticed by Casanova, a famous Venetian adventurer who came to renew his wardrobe with the family of silk workers from Lyon only to pay court to Madame Pernon but who paid on credit.
In 1771, when Camille Pernon was 20 years old, his father sent him on the roads of Europe: first to Spain then to the Polish court before going to Saint Petersburg where the young man succeeded in finding his way. present to Catherine II of Russia. Being a pretty boy, Camille Pernon would have pleased the Empress but would not have lost her mind to say the least and would have taken leave after having filled out her order book. In 1783, Catherine the Great even named him “Agent of Her Majesty the Empress of All the Russias”.
On November 11, 1779, at the age of 26, Camille Pernon obtained his master's certificate. His father then took him on as a partner, staying a few more years in the silk house. Camille Pernon therefore remained free to make long journeys during which he sought to sell silks for furnishings, he took clothing orders intended for the aristocracy. All this made it possible to supply the Lyon embroidery workshops, which were very numerous at the time. Thanks to the very good collaborators with whom he had surrounded himself to maintain the relations he had established in Saint Petersburg, he supplied Russia until 1793. However, Maison Pernon does not seem to have worked for the French court before 1784 Orders followed one after another. Camille Pernon's last recorded order, destined for the Tuileries, dates from 1792 under the Ancien Régime when the king was already in prison. During the French Revolution, Camille Pernon had become suspect because he was a supplier of the aristocracy. Camille Pernon gradually became the exclusive supplier to the Consulate and then to the Empire until 1807. 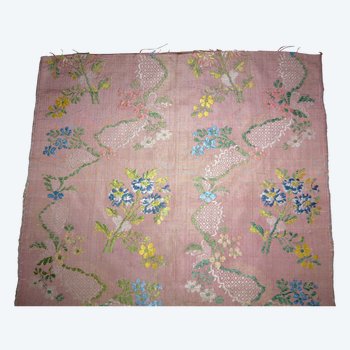 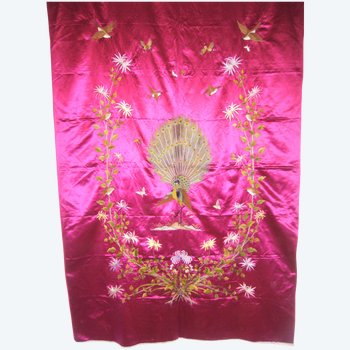 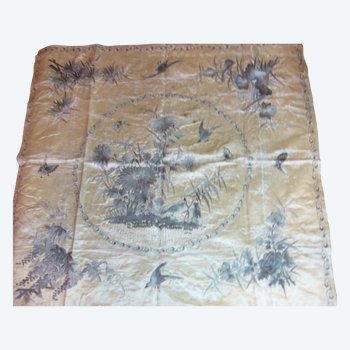 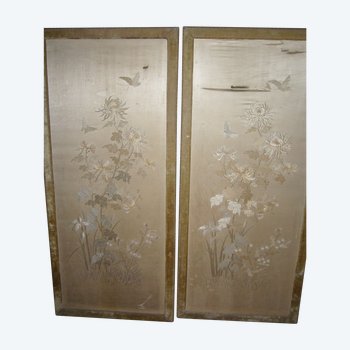 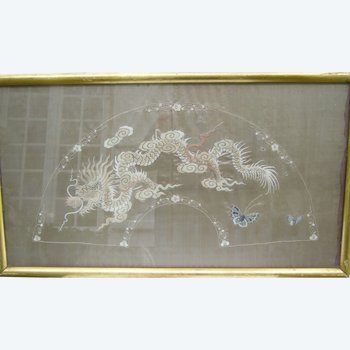 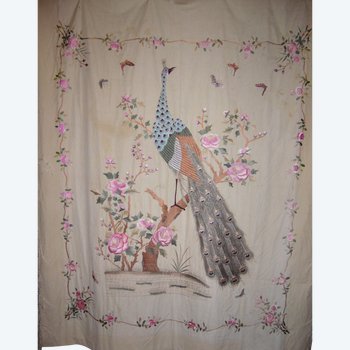 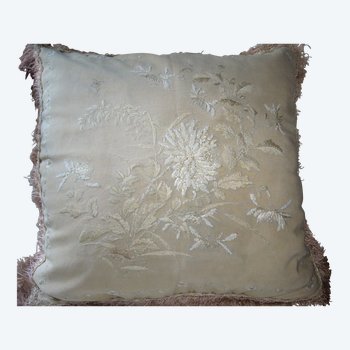 Cushion, Chinese or Japanese embroidery around 1900