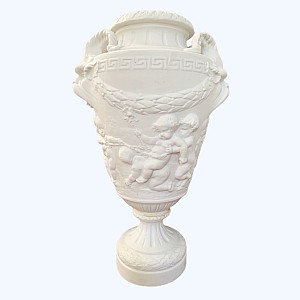 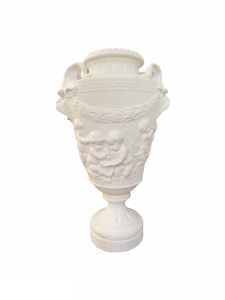 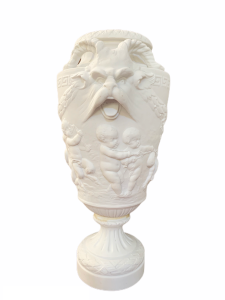 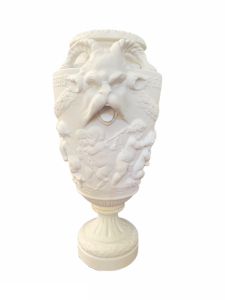 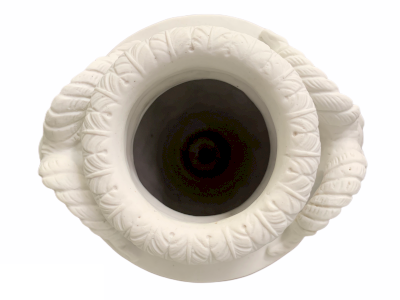 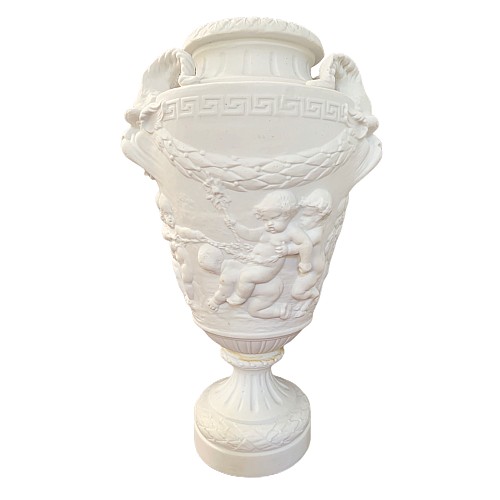 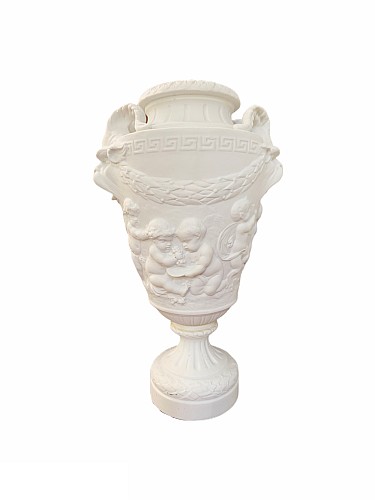 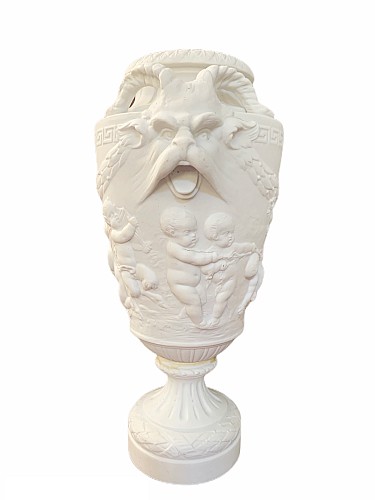 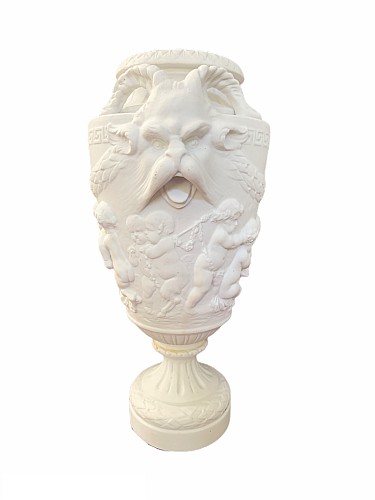 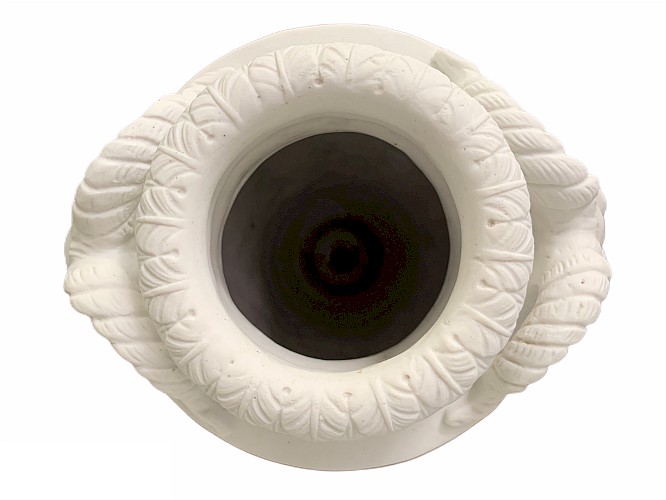 Important baluster porcelain bisque vases resting on a fluted pedestal. The paunch decorated with a putti in Bacchus playing, the handles forming fantastic animals holding a festooned laurel garland, a Greek frieze. Model after Clodion (1738 - 1814), a similar marble model exhibited in the Wallace Collection. Fine cracks resulting from cooking are to be noted, End of XIXth, beginning of XXth.

Clodion (1738 - 1814):
Clodion, born Michel Michel in Lorraine, pupil of Lambert Sigisbeert Adam, then of Jean-Baptiste Pigalle, approved by the academy in 1773, he received his first royal commission in 1779 for a statue of Montesquieu. The revolution forced him to take refuge in Lorraine where he continued to model vases and statuettes. He likes to represent mythological themes in the form of groups or large sculptures. Numerous works exhibited at the Louvre Museum, in Nancy at the Museum of Fine Arts, in Washinton at the National Gallery of Art. 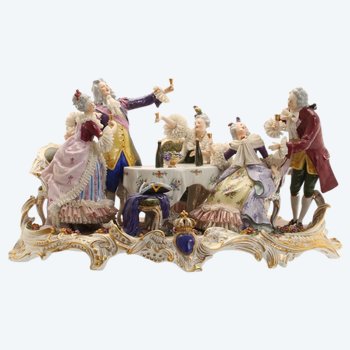 Porcelain composition "The banquet of the gentlemen and ladies" 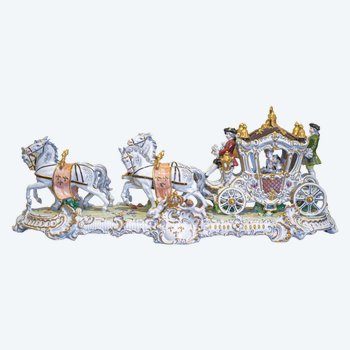 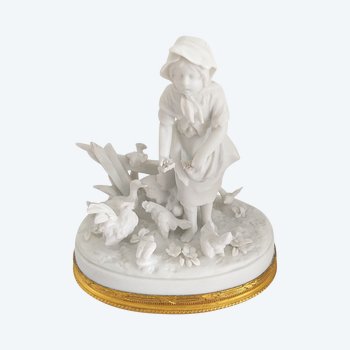 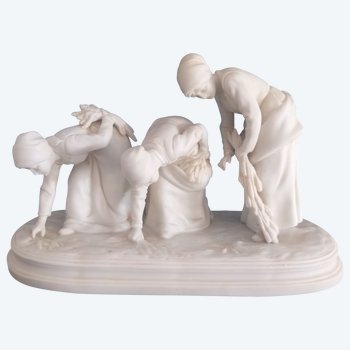 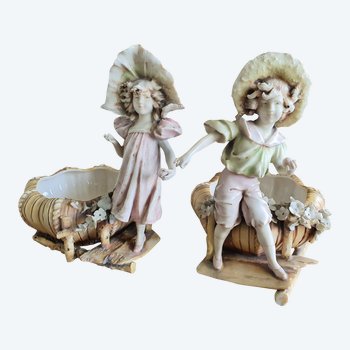 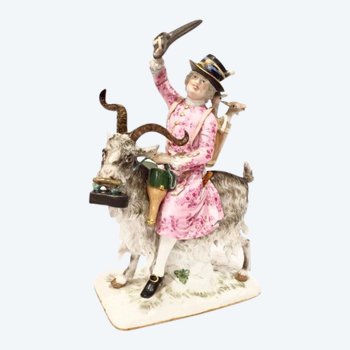 The porcelain figurine "Count Brühl's tailor on a goat" 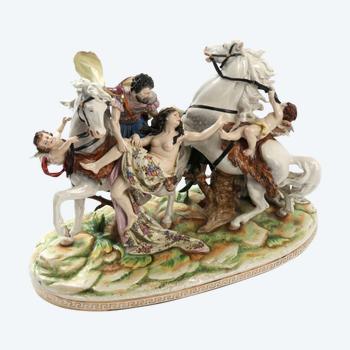