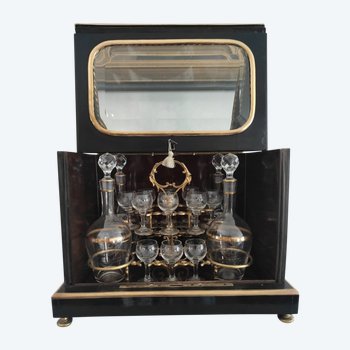 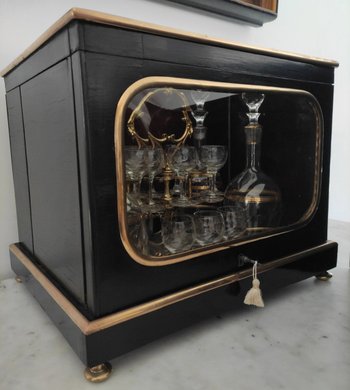 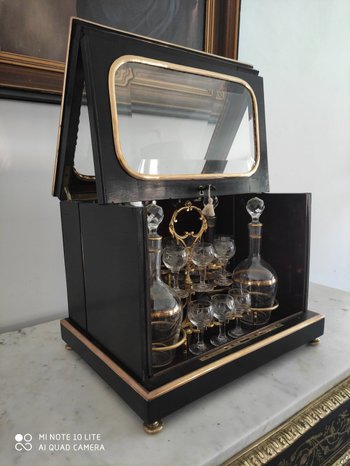 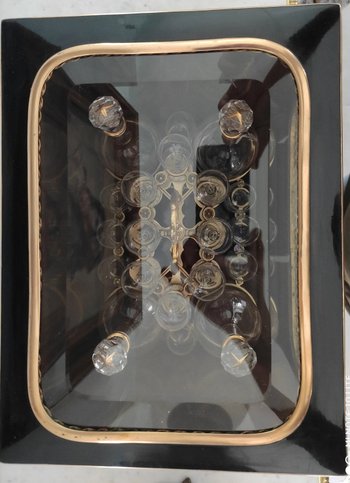 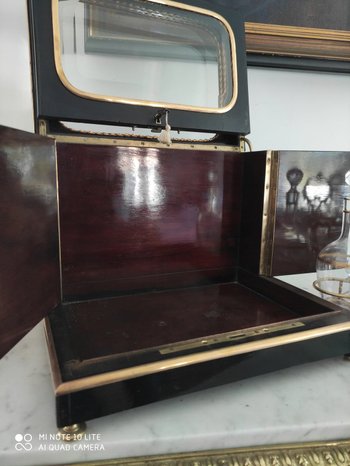 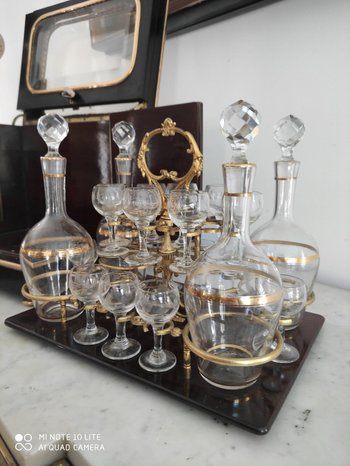 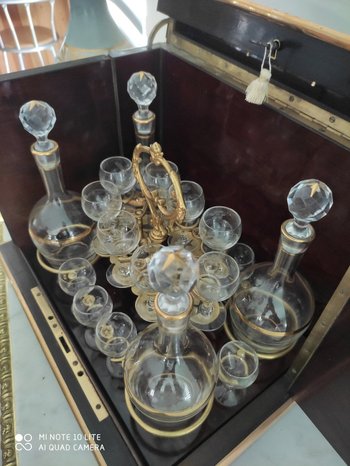 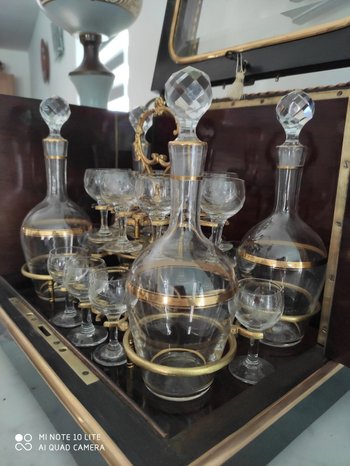 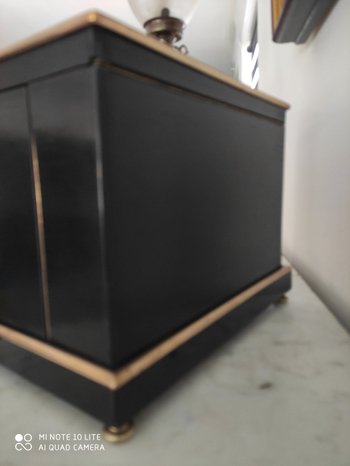 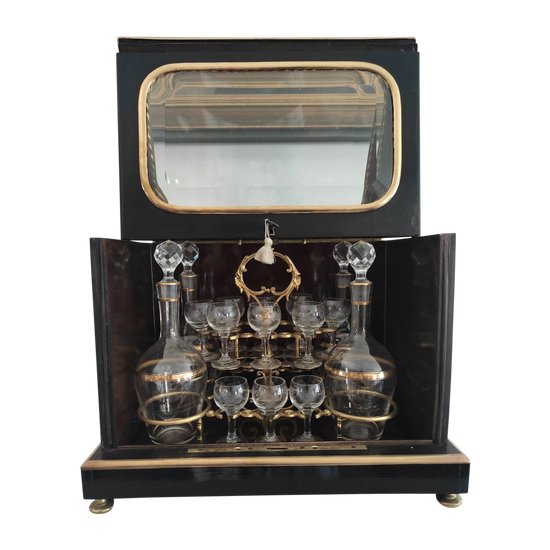 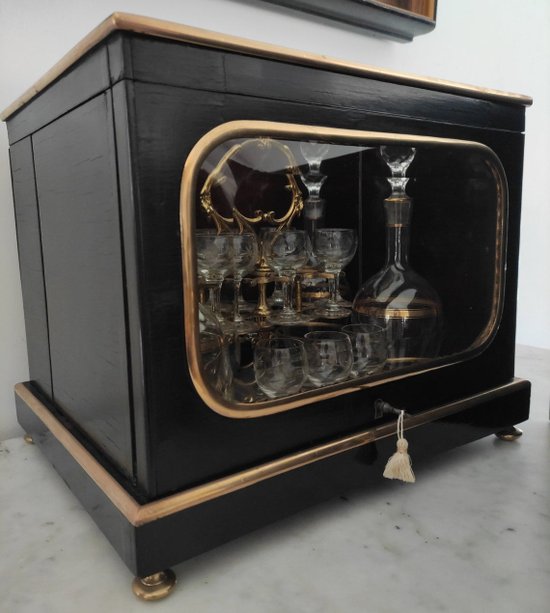 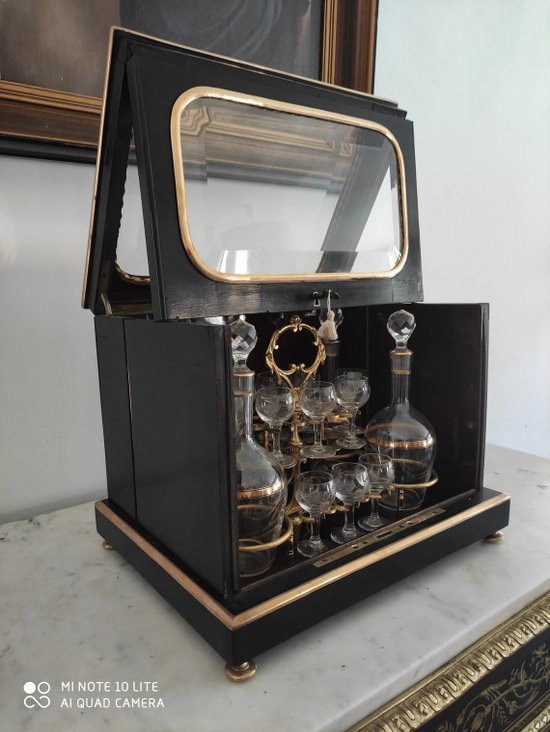 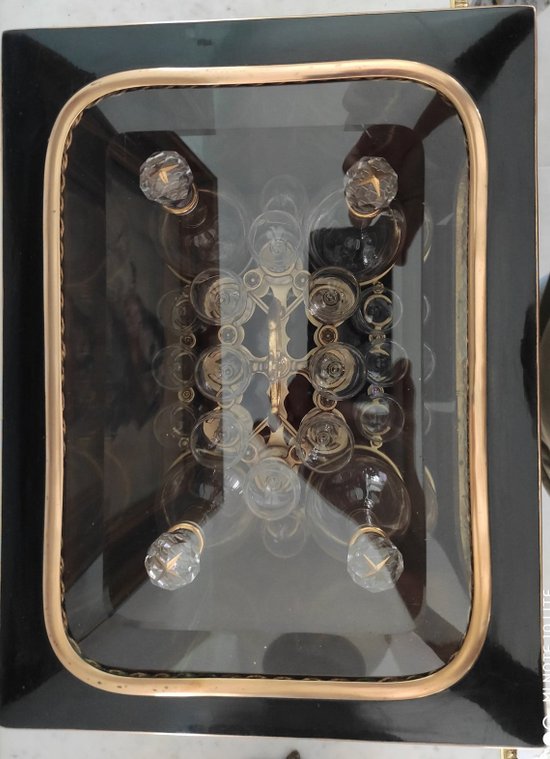 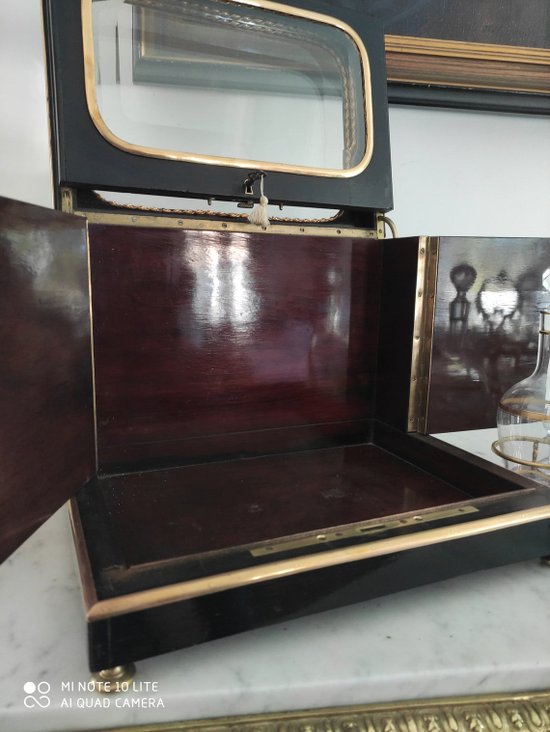 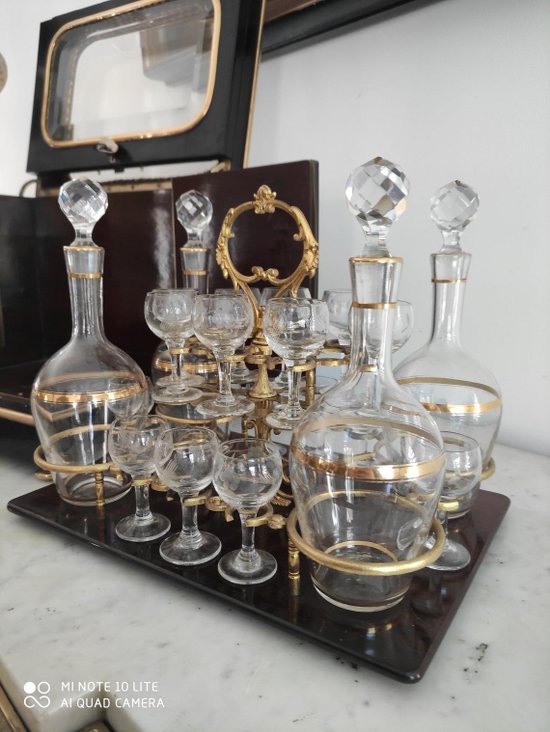 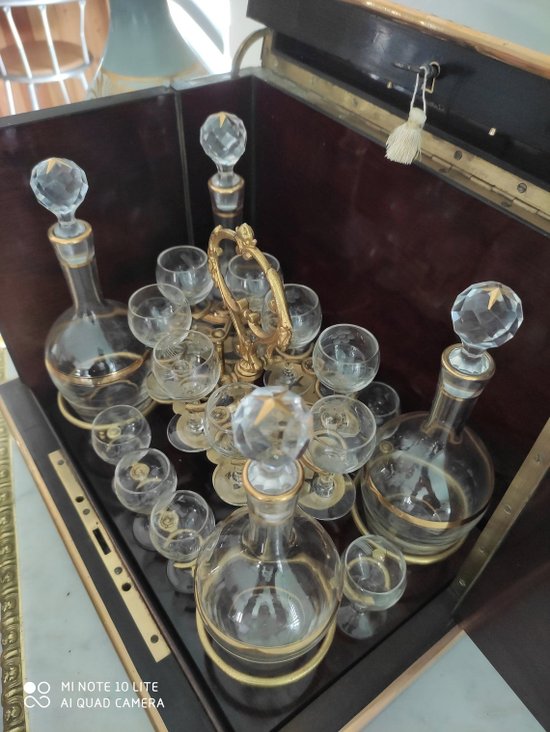 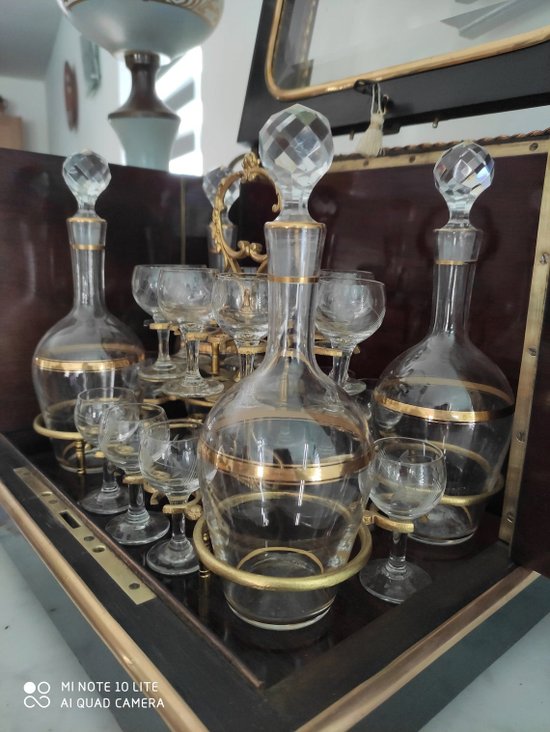 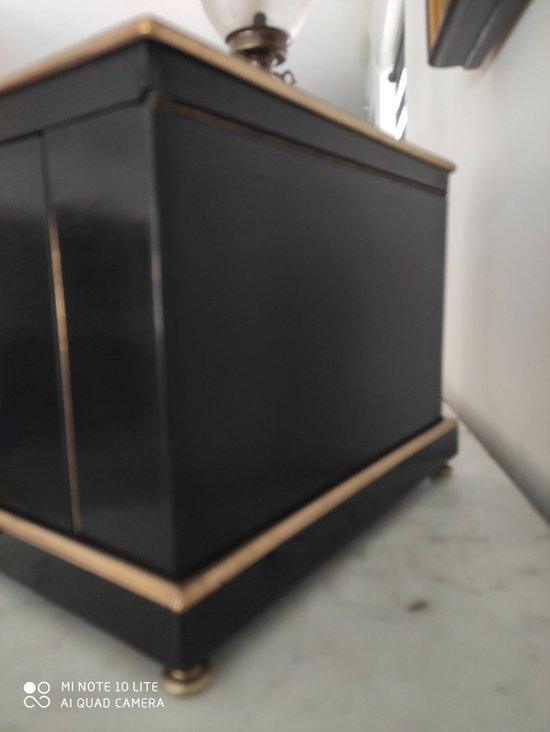 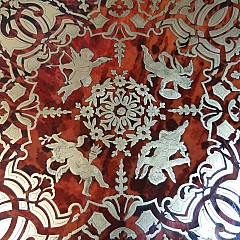 A beautiful set of traditional French liqueur cellar Napoleon 3. Made of blackened wood, beveled glass on the top and front. Elegantly framed in gilded brass. Including four decanters with their caps and sixteen liqueur glasses (reported)


ZIMBERG
15, Rue Anc. Comedy / 53, Passage des Panoramas - PARIS
The Passage des Panoramas is the oldest covered passage in Paris. It was opened to the public in 1799. It is located between the Bourse and the Opera. At the time, the idea of building this passage was inspired by oriental engravings depicting the souks. To allow Parisians to walk. Later, around 1830, the architect J- L Victor Grisart undertook renovation work as well as the creation of ramifications formed by the Saint-Marc, des Variétés, de la Bourse, Feydeau and Montmartre galleries. It was therefore at this time that many creators of accessories in tableware settled there, including ZIMBERG.
Nowadays, at n ° 47 the shop of the engraver Stern, existing since 1840 with its period woodwork and antique furniture, at n57, l'Arbre à Cannelle, tea room where you can come and admire the typically Napoleon III decor. .. 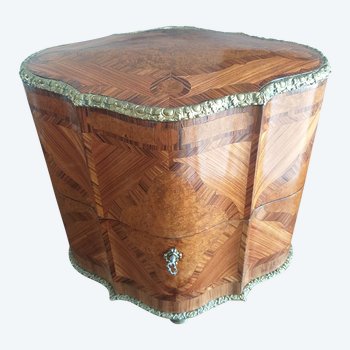 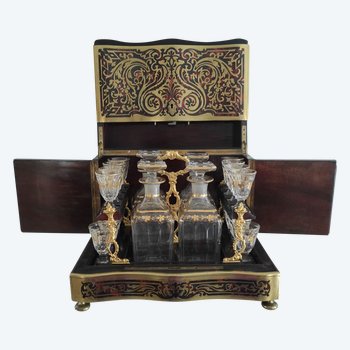 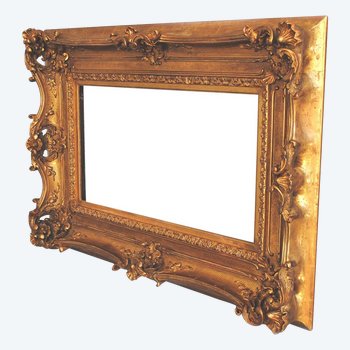 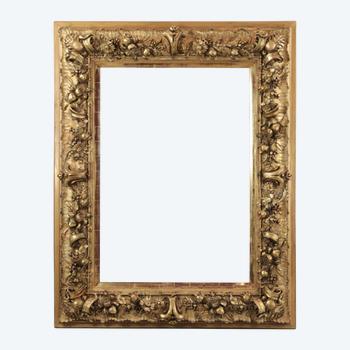 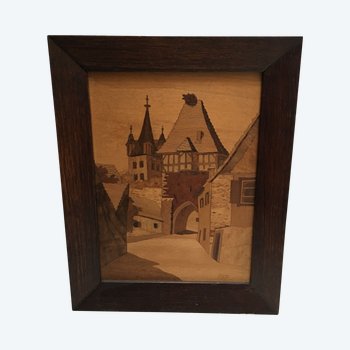 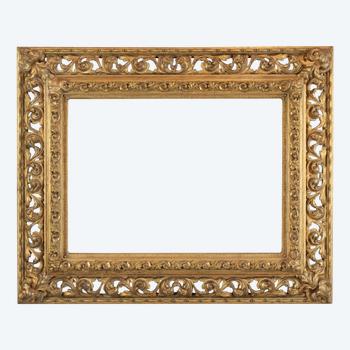 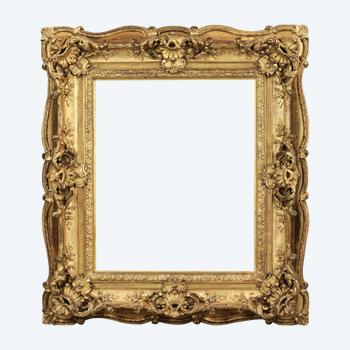