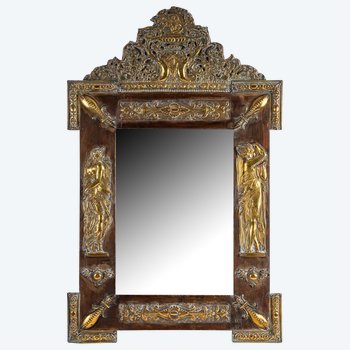 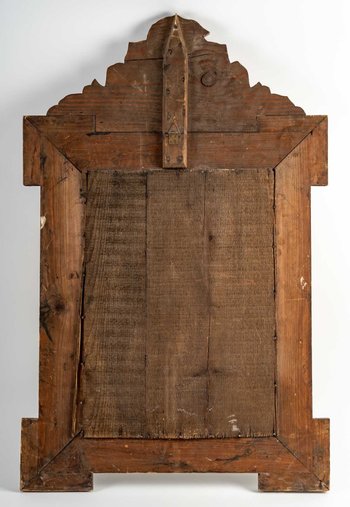 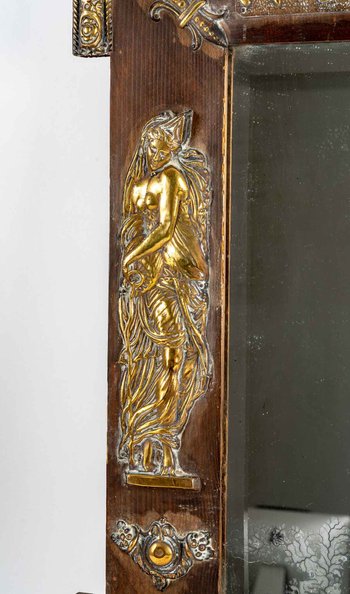 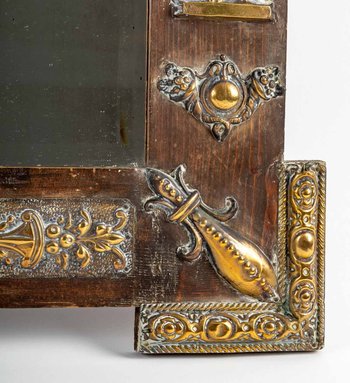 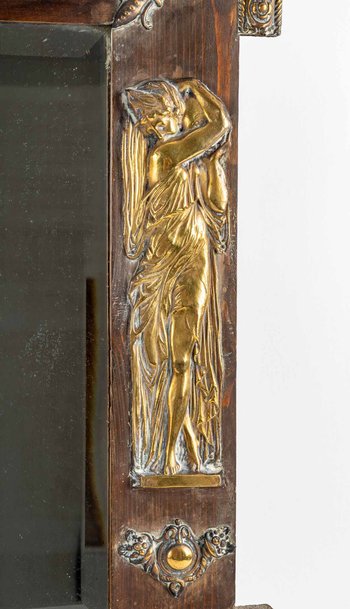 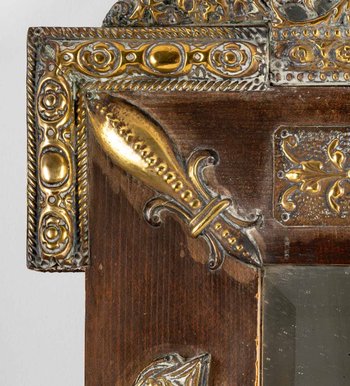 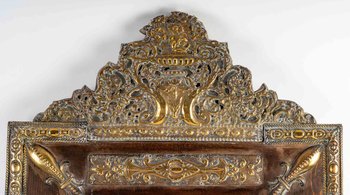 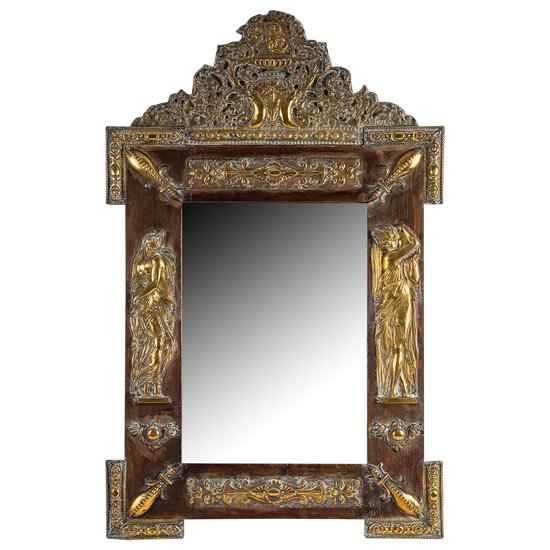 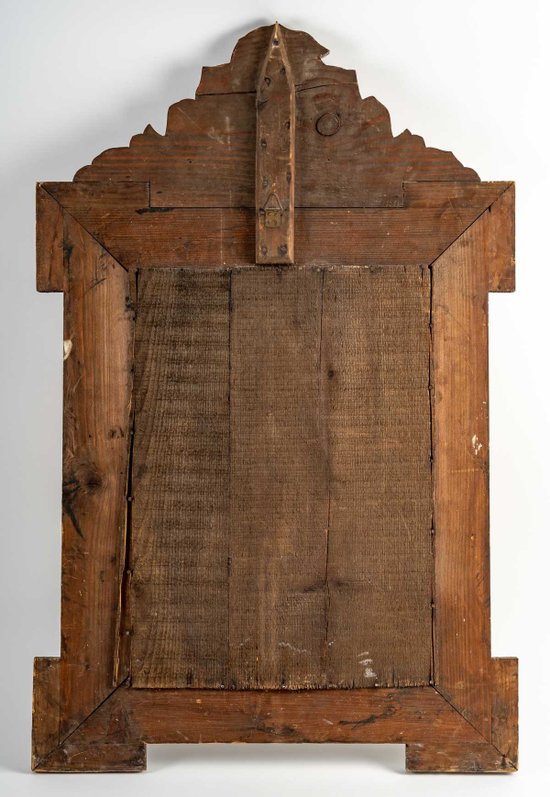 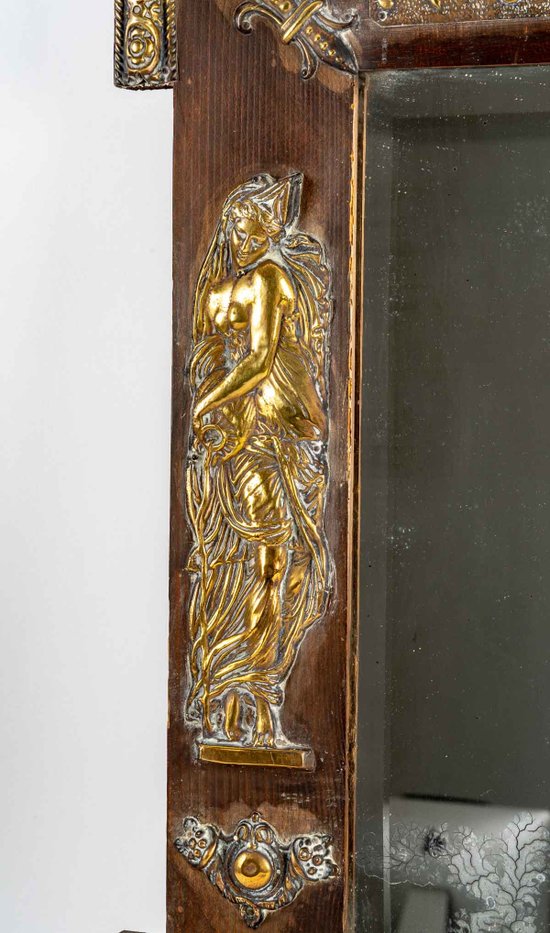 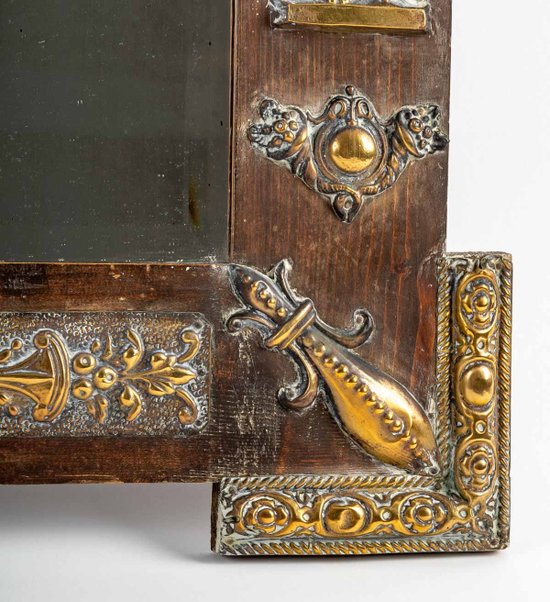 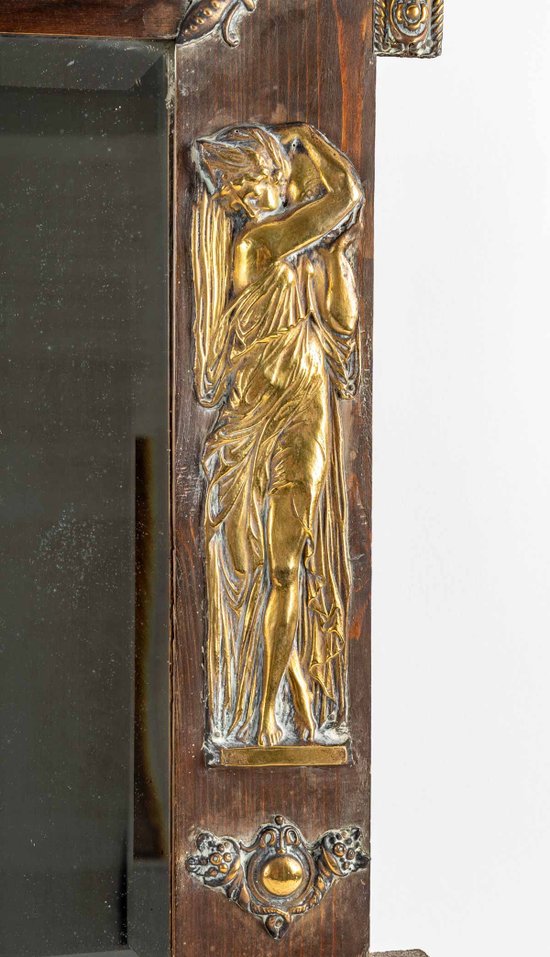 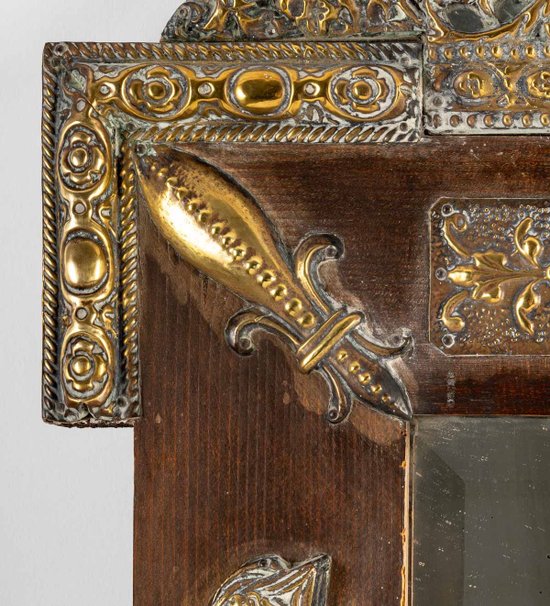 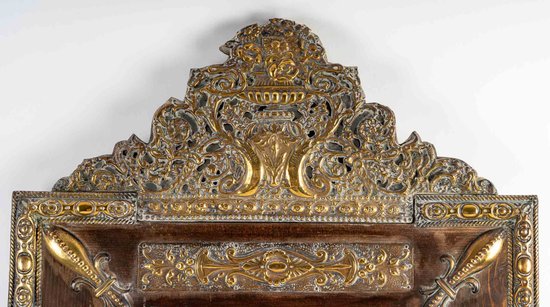 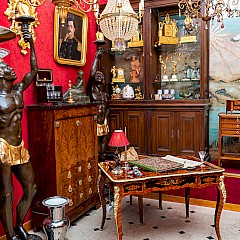 See the gallery
Description
This description has been translated. Click here to see the original
Charming wooden mirror with rich brass embossed decoration of flowers, leaves and interlacing.
Its mercury glass is bevelled

The repoussé is a process of metal work which consists in hammering a plate of iron, gold, silver, copper, brass etc., placed on a resistant putty.

In ancient times, repoussé was known as "sphyrelaton" or hammer work.
This technique was commonly used by Roman goldsmiths. Emblema were also obtained by this process.
Embossing was also used in the Middle Ages.

In the 16th century the recingle or ressing appeared. The recingle is a sort of small light anvil with one of its points extended and curved. This is inserted into the hollow of the object to be decorated with reliefs.

The hammer blows struck on the recingle between the point where it is fixed and the end of its extension produce jolts, counter-blows which work and push the metal back inside at the given point. 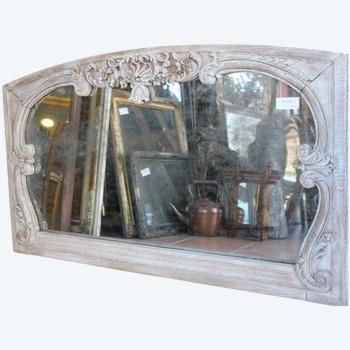 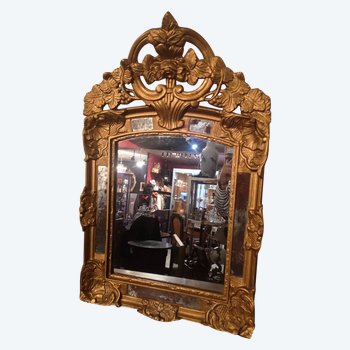 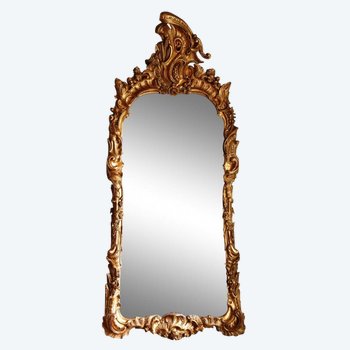 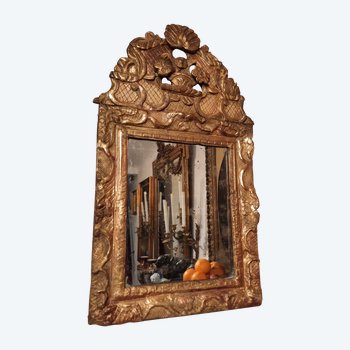 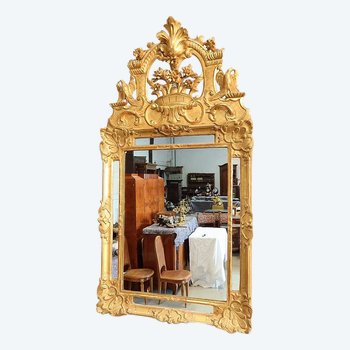 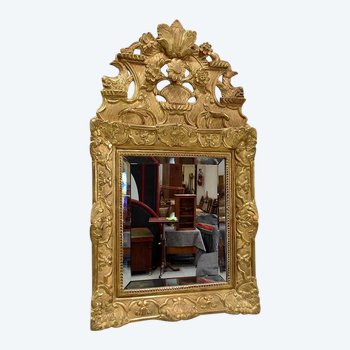 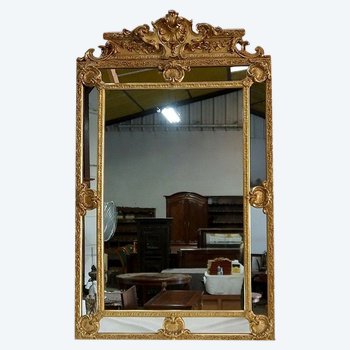 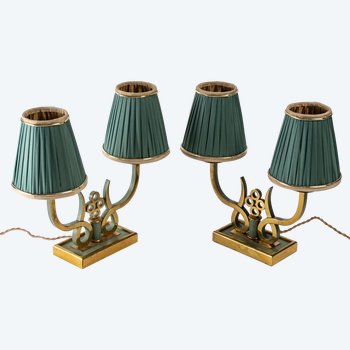 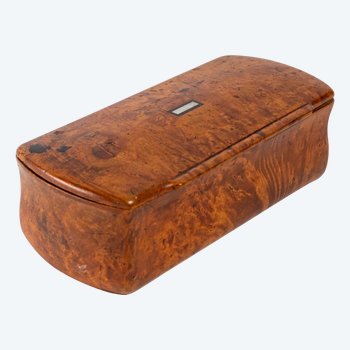 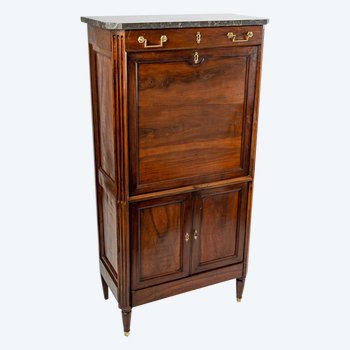 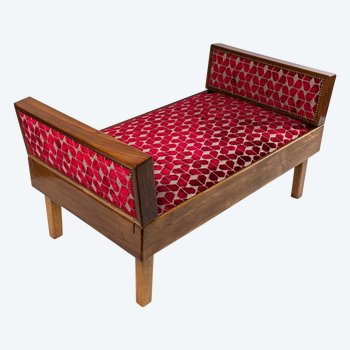 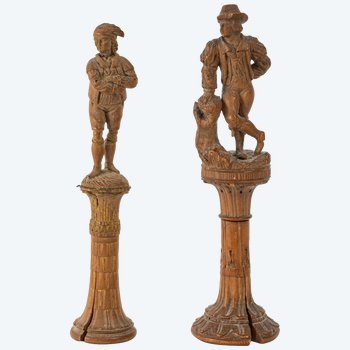