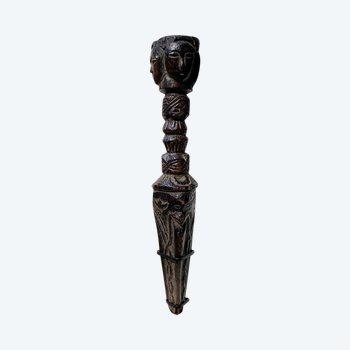 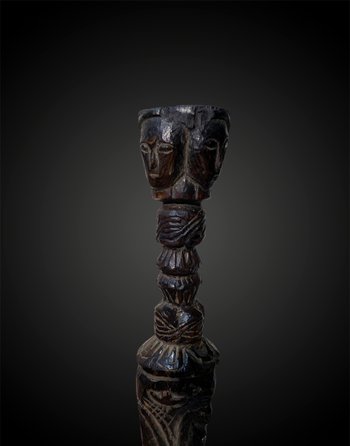 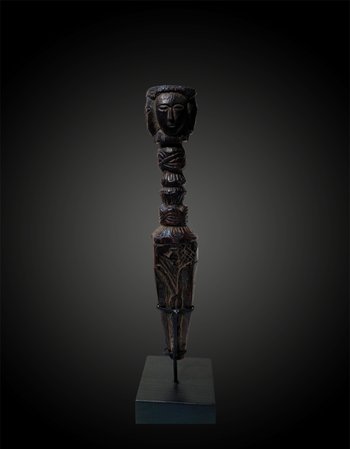 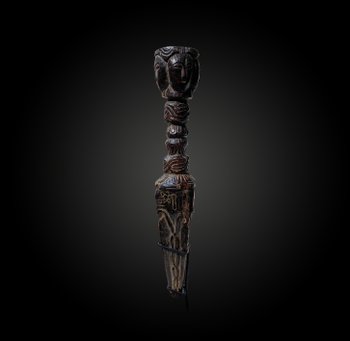 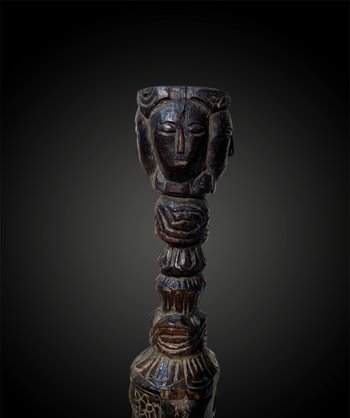 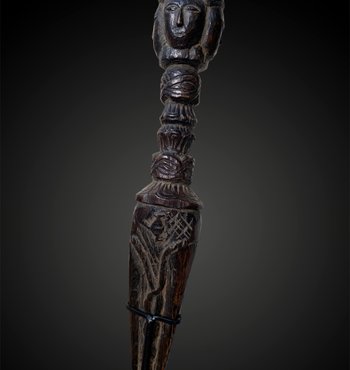 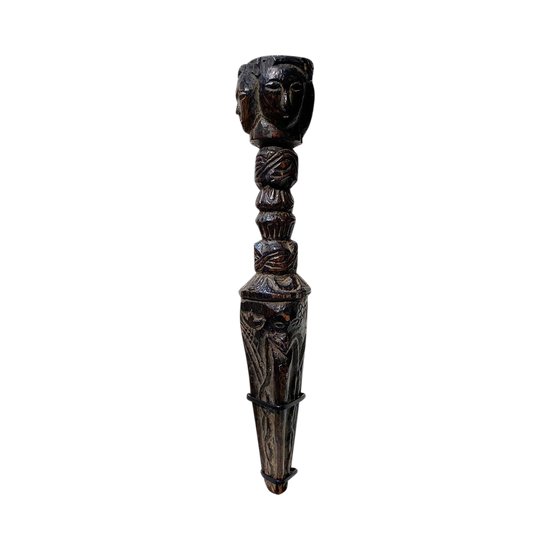 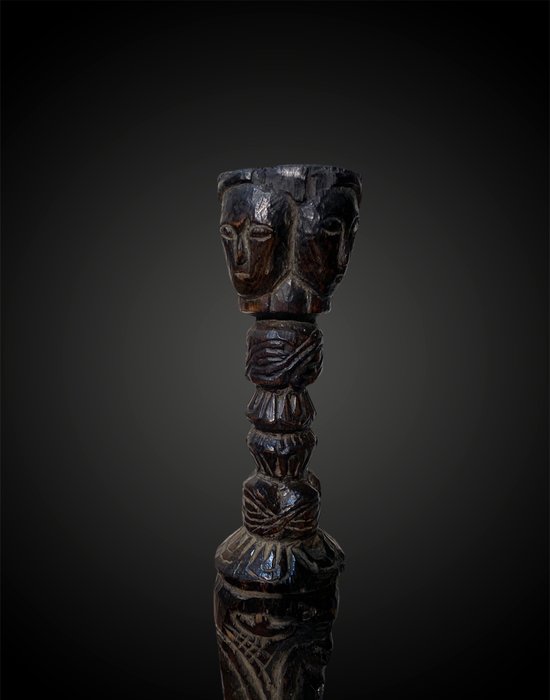 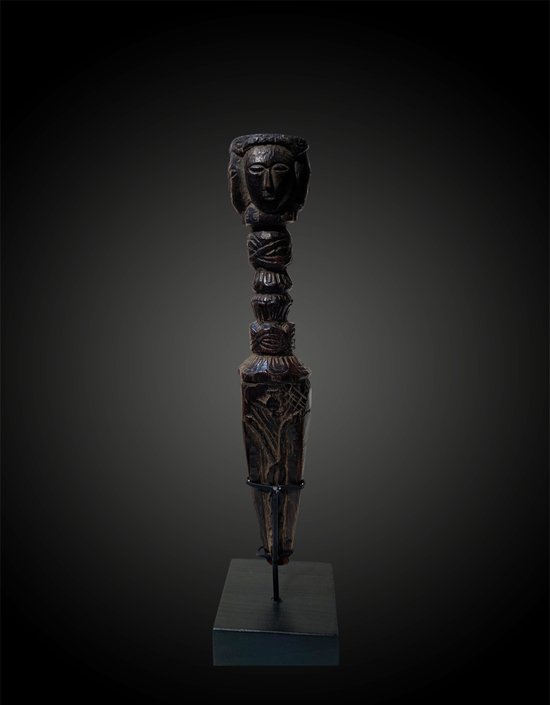 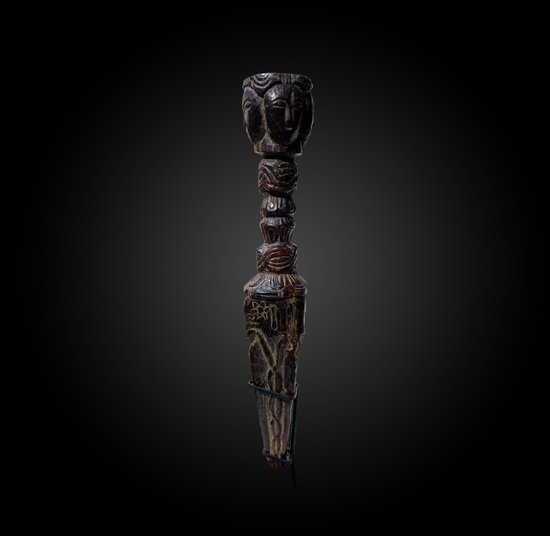 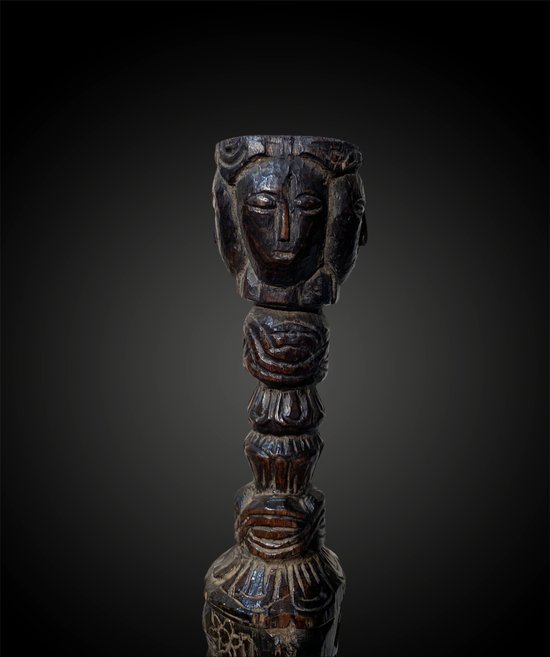 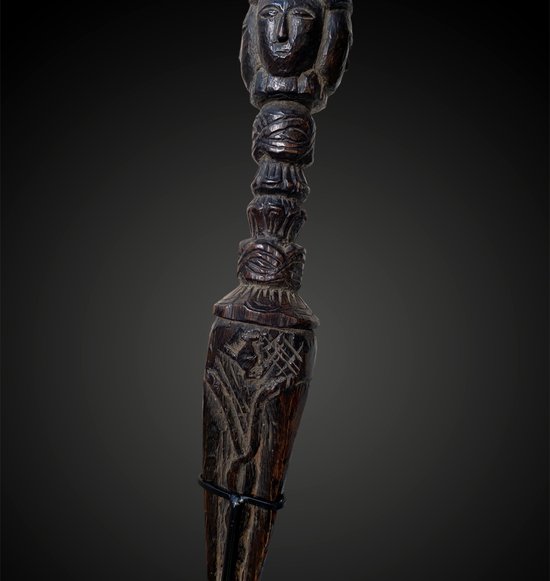 This shiny patina wooden dagger is composed of a short three-sided "blade" ending in a point. Each of the sides is engraved with a couple of intertwined naga snakes, the head facing the top of the dagger.
The handle is occupied by a figure standing with short feet resting on a fluted capital. His legs are individualized, his shoulders straight and angular, he holds his hands in namaste. He is dressed in a short belted garment and wearing a visor headgear. Her oval-shaped face features large round pupils, high cheekbones, finely crafted lips and detailed ears.

This phurbu retains its colorful fabric ties tied around the neck. 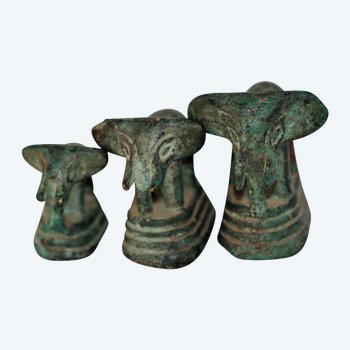 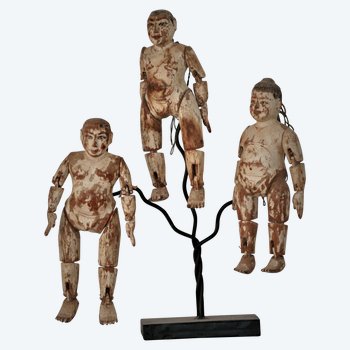 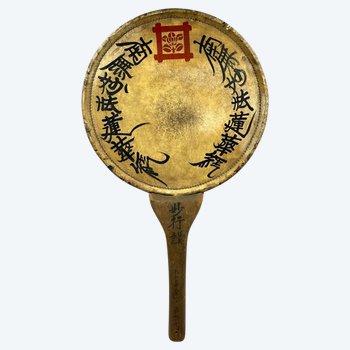 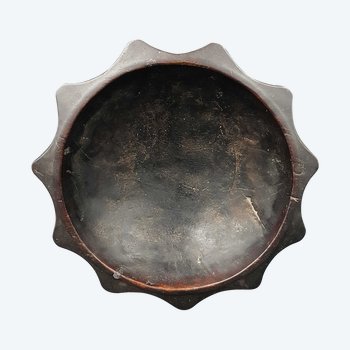 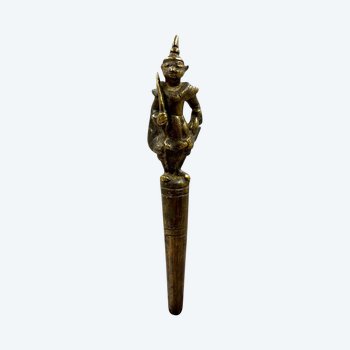 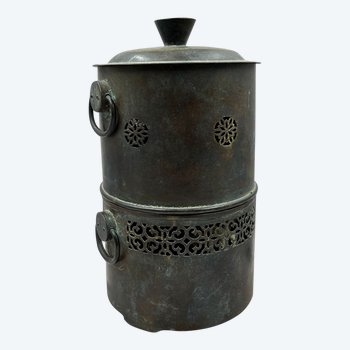 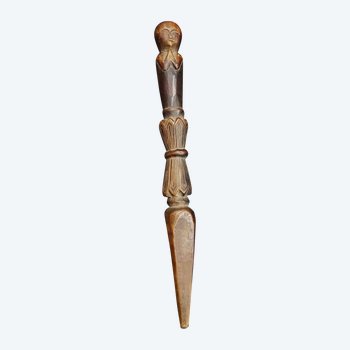 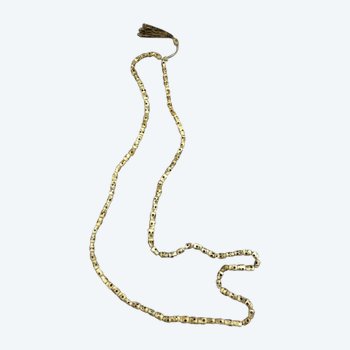 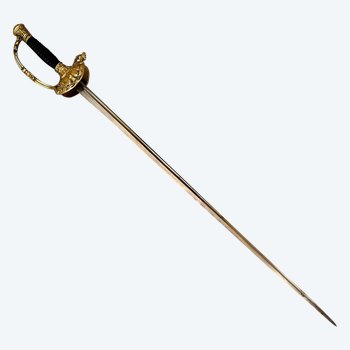 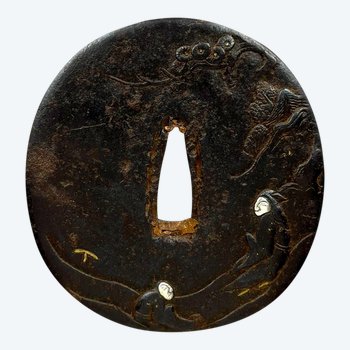 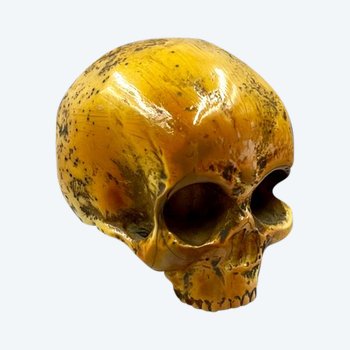 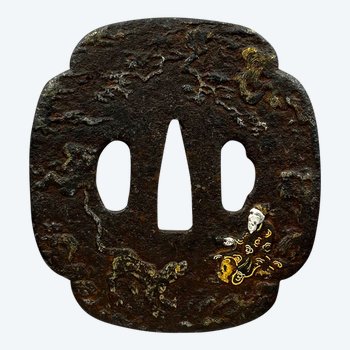 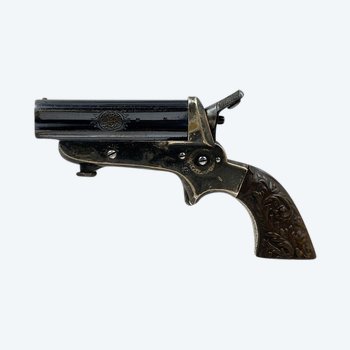