Correspondence box, Napoleon III period, composed on the top of two flaps. Their facades are embellished with Square and Rectangular Marquetry, in Walnut and Thuja Burl. The latter are underlined by Filets of Rosewood, Ebony and Lemon, and by surrounds in Mahogany and Rosewood. The main opening is also embellished, in its center, with a Pretty Cutout Brass Medallion and Mother-of-Pearl motifs.
The upper part consists of a first small flap, slightly domed, equipped with a functional lock and its Original key. He discovers three small compartments. The central one, longer because it is intended for feathers, has a removable cover with a wooden pull button. On either side, there are two smaller spaces, one of which still contains its Inkwell.
This Writing case has a second flap, tilted, and operable only when the first is open. It reveals a second row of compartments similar to those described above, overlooking a large bare space of decreasing depth. Thus in the deployed position, this Box also offers a work area lined with a Red Rectangular Leather, with central sticker, golden friezes and on a hard background. The interior of this Travel Object is in Rio Rosewood.
In addition to the purely Functional aspect of this Writing Case, we will also appreciate its immaterial Wealth: this Box has been, for more than 150 years, the silent witness of hundreds of official letters and love letters written in it.

Perfect condition after restoration in our workshop. Varnished finish. 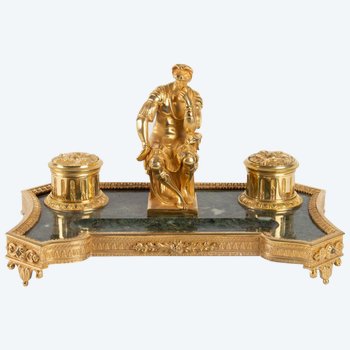 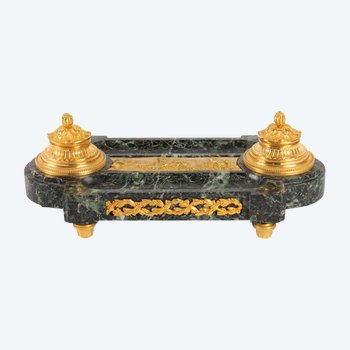 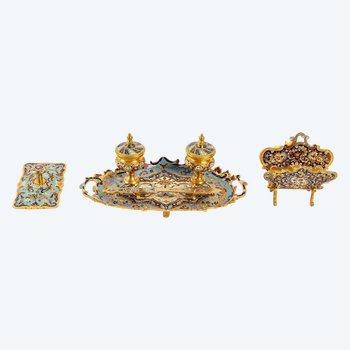 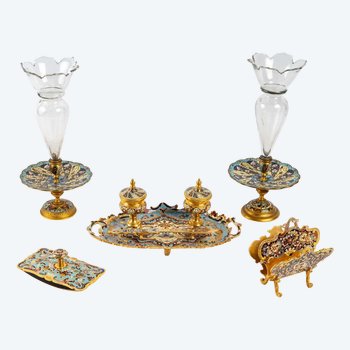 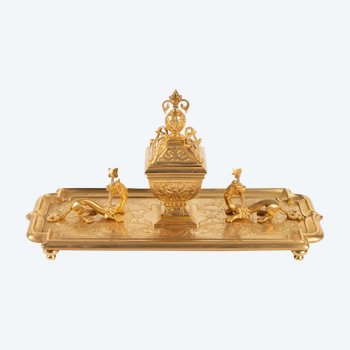 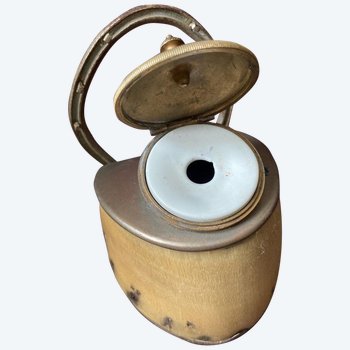 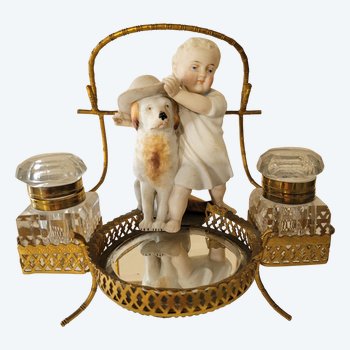 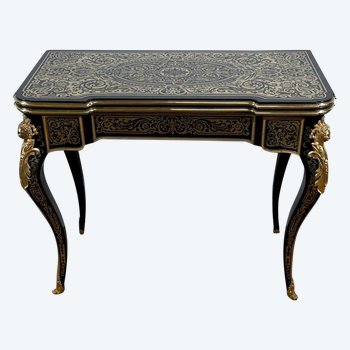 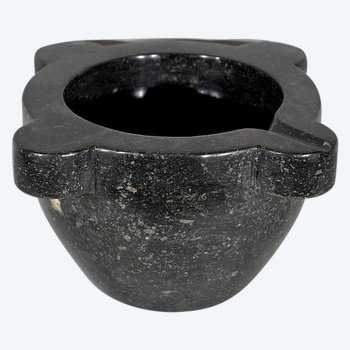 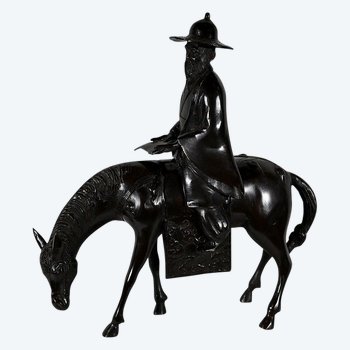 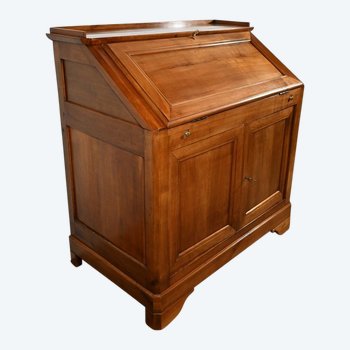 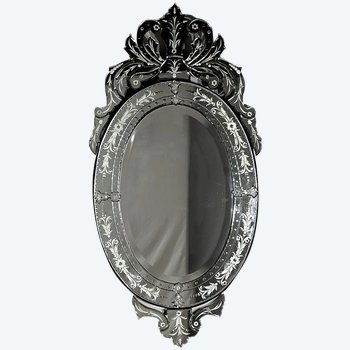 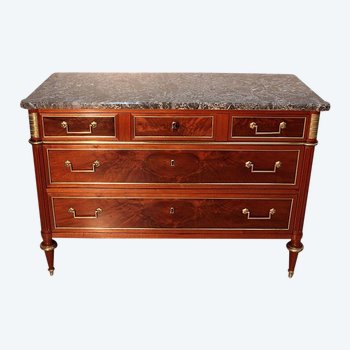 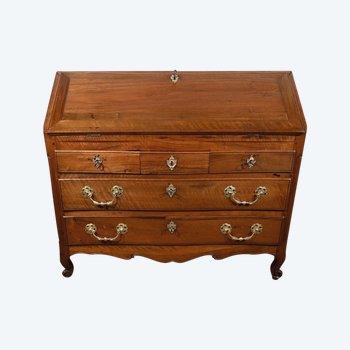