18th century double body hunting buffet stamped A.Gosselin,
Narrow hunting buffet with a gendarme's hat made in Paris with a double body opening with 4 doors and 2 small knife drawers,
Built with different woods, mainly beech and oak but also walnut, this piece of furniture is in the Louis XIV, Regency style, with these molded straight uprights, the doors which are the main decoration of the furniture rests in appliques, they are molded on their circumference of a quarter of a round, the scalloped panels are with double flowerbeds and surrounded by a strong molding combining different profiles, this architecture is commonly found on "île de France" cabinets which are moreover commonly built in the same woods. The sides of the furniture are paneled with a small border, the crosspieces are molded in a quarter of a round, the uprights are without moldings.
The articulation of the doors is ensured by iron larding cards with decorative vases, the keyholes are in openwork cut iron (they are old but posterior), the locks of the lower and upper doors are XIXth century, the door of the top left is fitted with a perforated cut-out iron lock lever, this period lock is a later reassembly, it does not originally come from this piece of furniture. The 2 knife drawers are equipped with a diamond-shaped cut-out iron keyhole, these entries seem to be the original one, on the other hand the 2 old iron pull buttons are not original, they replace locks now missing
The furniture is painted in very light gray tones, weathered with some wear, it is a Meudon bench paint and skin glue, this paint has been redone, nevertheless the furniture was already painted but had a lot of lack. It is possible that this piece of furniture was painted from the beginning, a lot of armchair and woodwork, even more of the majority, was painted in the 18th century, then stripped later to be in natural wood.
The cabinet presents some old restoration including: the 2 rear uprights of the lower body as well as the floor of the lower body, we also note that the cornice is posterior, the upper body has a groove in its lower part which seems to indicate that it had to have its own floor, all the restorations were very well done.
This piece of furniture is stamped A.Gosselin on the right front upright of the upper body, there is also the JME mark next to it, this mark corresponds to the jurors carpenters cabinetmakers, the affixing of which is really compulsory from 1751 until 1789, however many furniture from this period are not stamped with the JME, concerning the stamp of Master A. Gosselin it is related to Adrien Antoine Gosselin born in 1753 and received master on November 9, 1772, this date of mastery corresponds in a neoclassical period not corresponding to the style of the furniture, in the same way the manufacture and the woods used correspond more to what one can find in the first half and the middle of the XVIIIth century, the father of Adrien Antoine Gosselin was also a cabinetmaker , his name was Antoine Gosselin, born in 1731 and received master in 1752, “in addition, the theory according to which he signed with his only name without initial of first name, does not appear convincing because purely Louis XV documents bear t the A.Gosselin stamp. ”sources 18th century French furniture, Pierre Kjellberg, although Adrien Antoine is known to have made solid wood furniture, we believe that the stamp corresponds to his father, Antoine Gosselin.
The furniture presents old xylophagous holes, it has been completely treated. It can be dated thanks to the stamps of the second half of the 18th century
Dimensions:
Total height: 233cm
Height to the top: 83cm
Width at the top: 113cm
Cornice width: 119cm
Depth to the top: 54.5cm
Upper body depth: 38cm 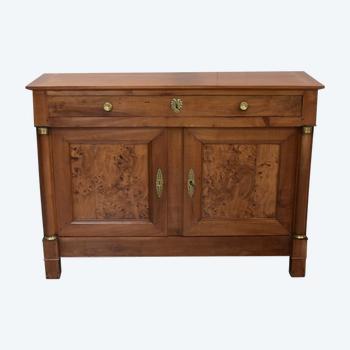 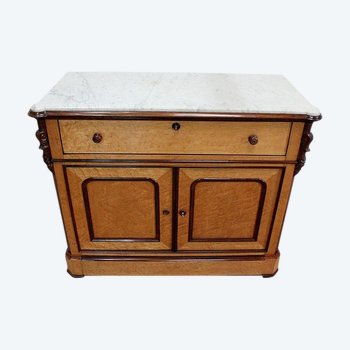 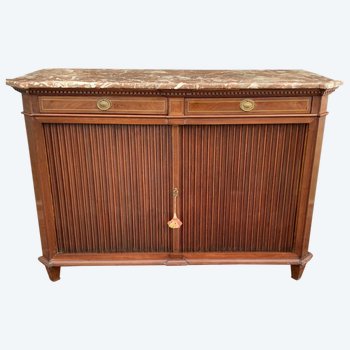 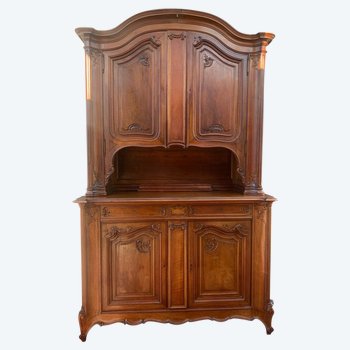 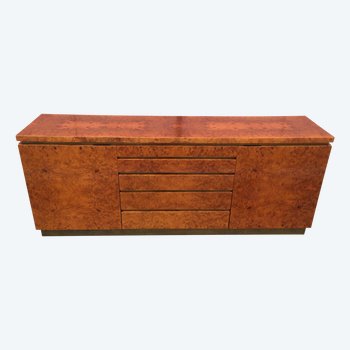 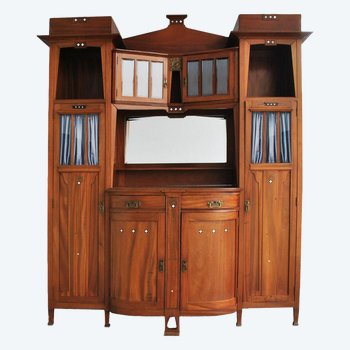 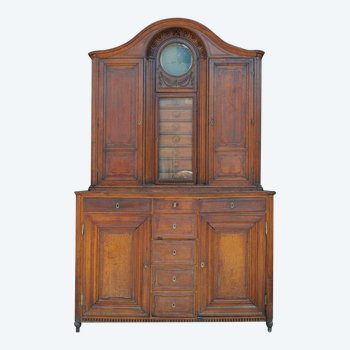