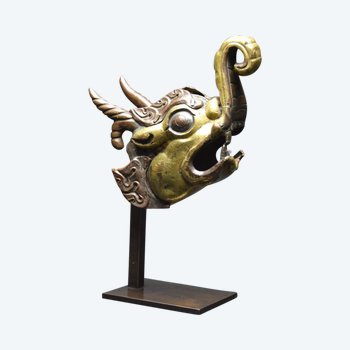 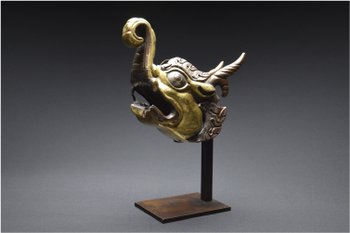 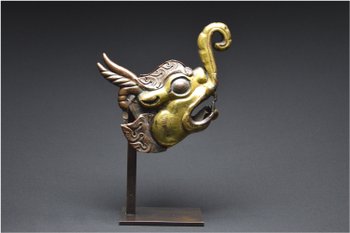 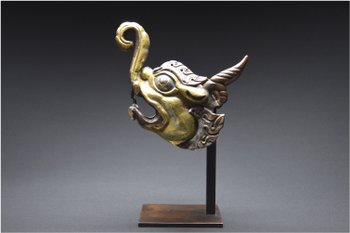 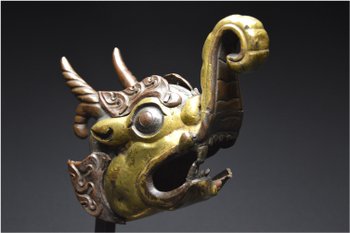 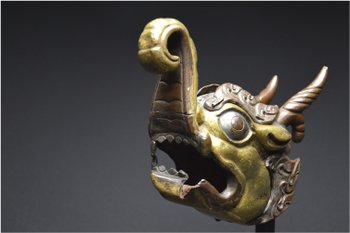 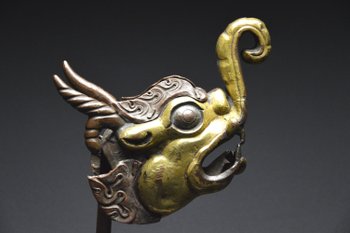 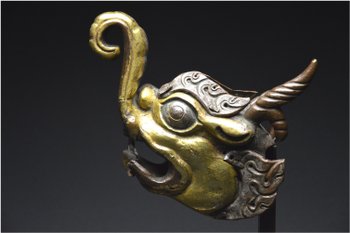 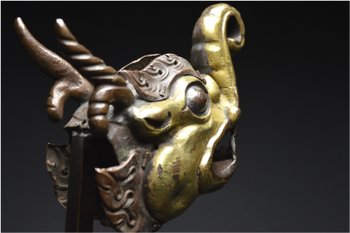 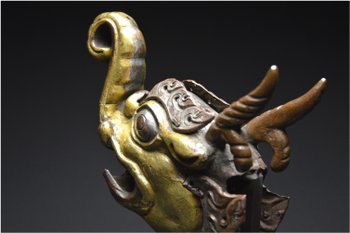 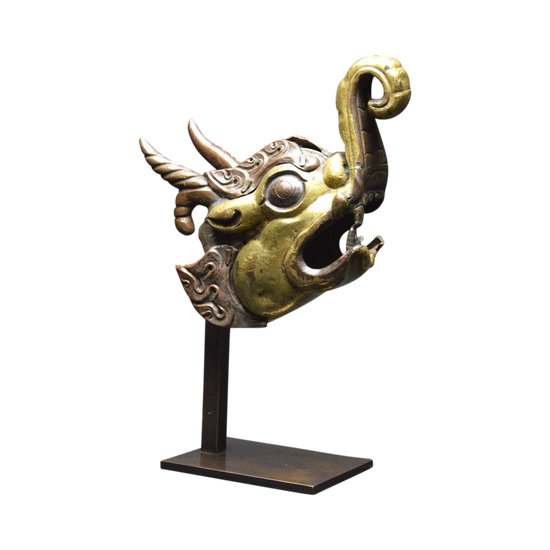 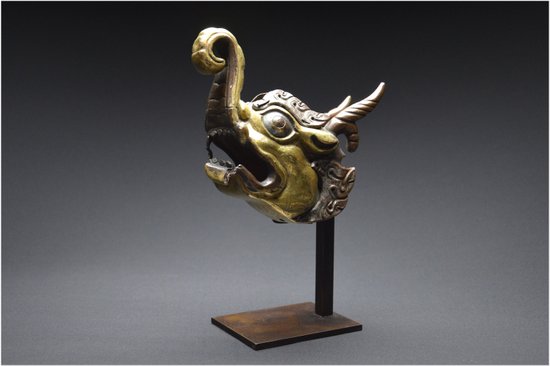 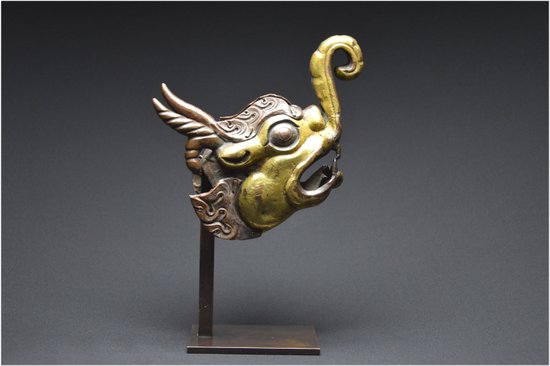 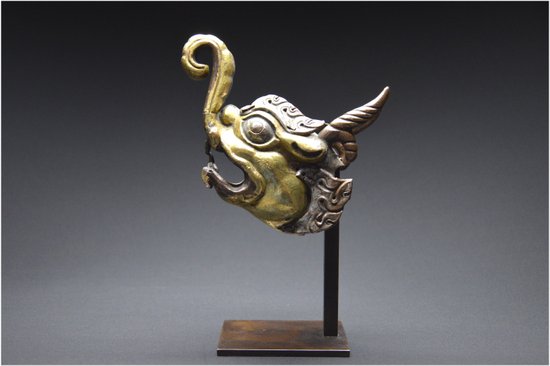 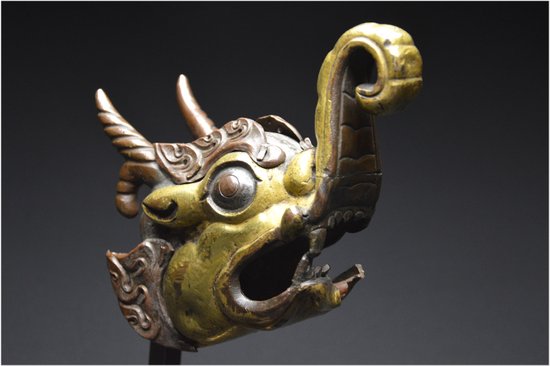 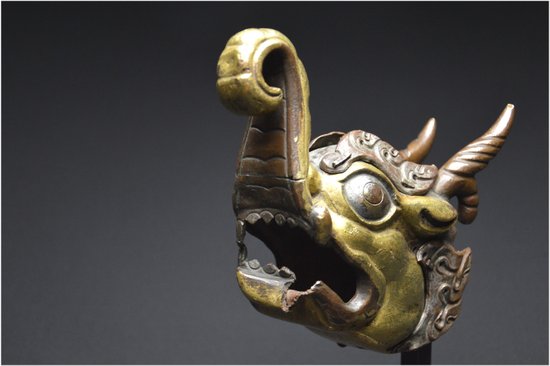 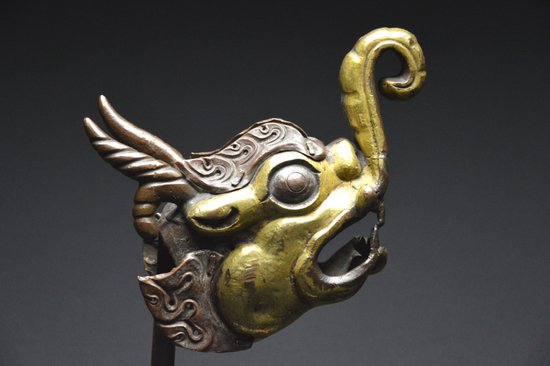 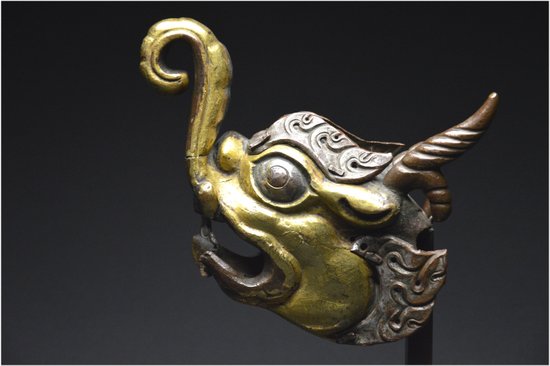 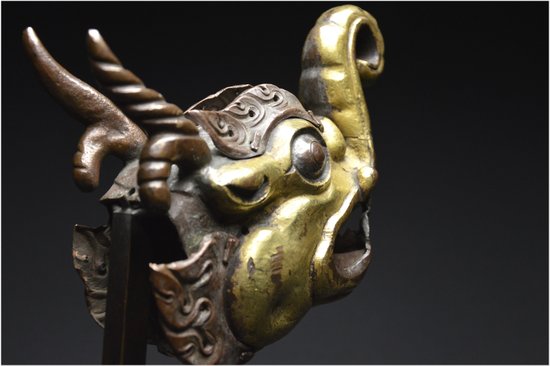 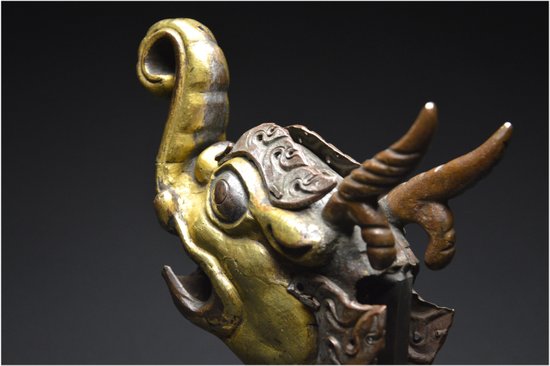 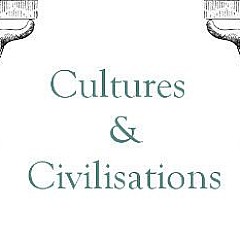 Old figure of chimera in copper and gilded bronze depicting a makara.
She is represented with an open mouth, adorned with a crocodile dentition and decked out with a small elephant trunk at the coiled end, pointing upwards. She receives two large eyes as well as two dragon horns placed at the back of the head. The copper volutes overhanging the eyes as well as those located under the ears are mobile.

Representations of chimeras such as these are architectural elements aimed at protecting visitors, usually placed at the end of temple roofs. They appear in China after the Han dynasty and the rise of Buddhism, but remain confined to simple details in sculptures or temples. It is with the Tang and Song dynasties that the makaras are represented as a subject of decoration with a fish body, a dragon's head and an elephant's trunk.

Custom bronze plinth
Without base: 13 x 19.5 cm
Condition: Wear of time and lack of the jaw 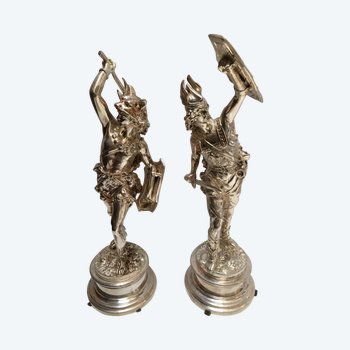 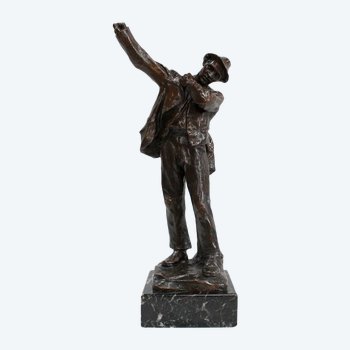 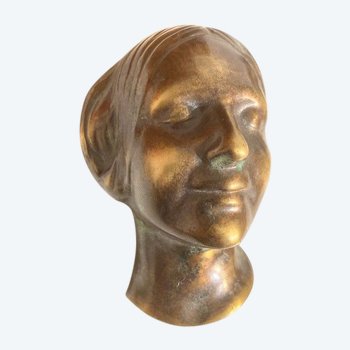 Bronze of the UNKNOWN of the SEINE - Death Mask - XIX century 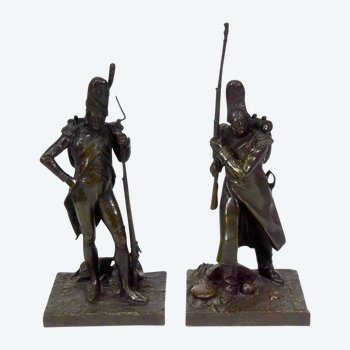 Grenadiers Of The Empire By Théodore Gechter 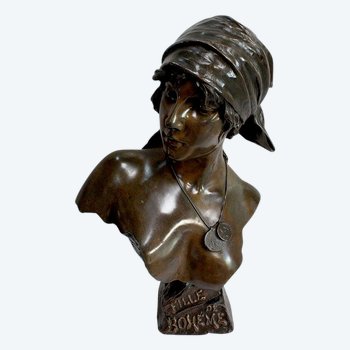 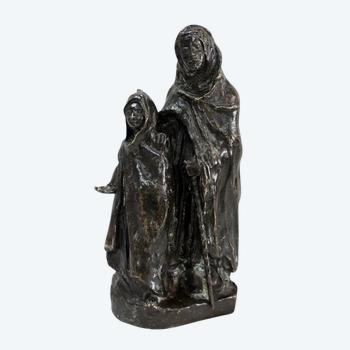 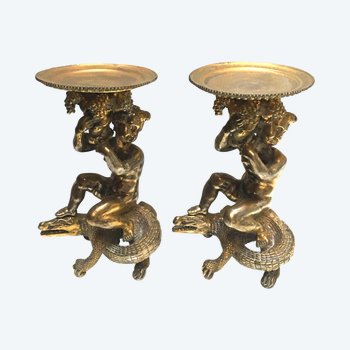 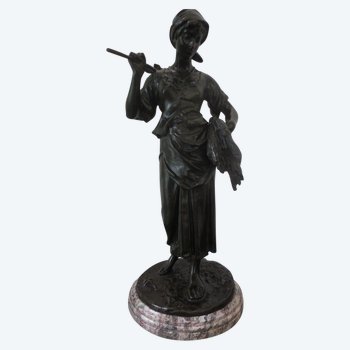