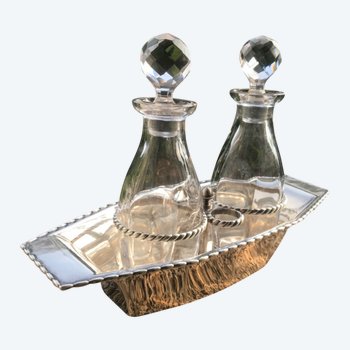 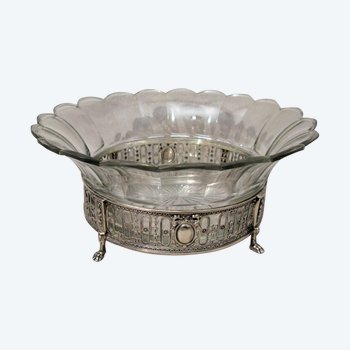 Crystal and silver cup by Boin-Taburet end of XIX 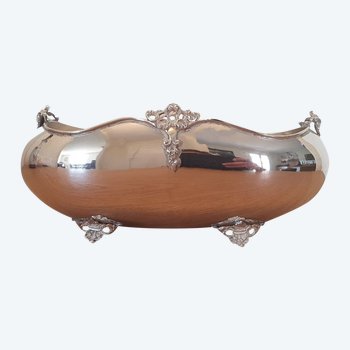 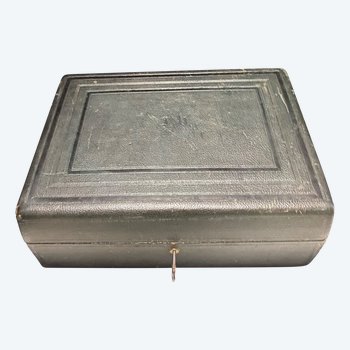 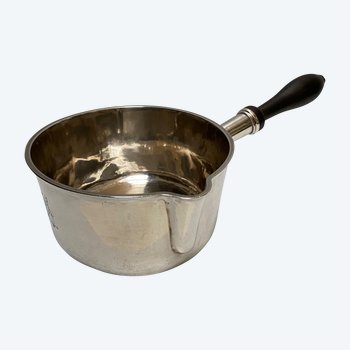 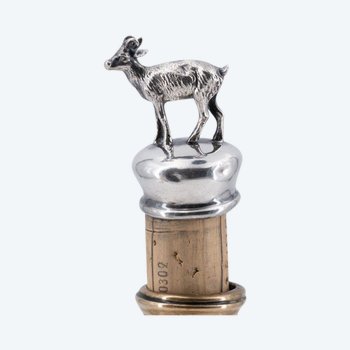 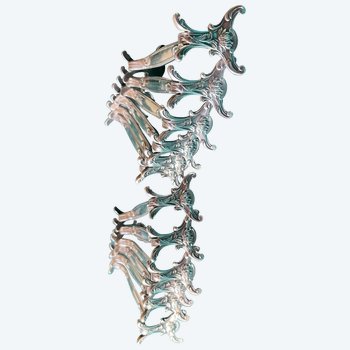 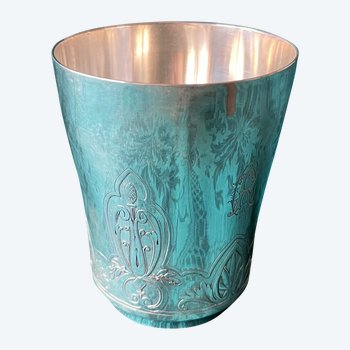 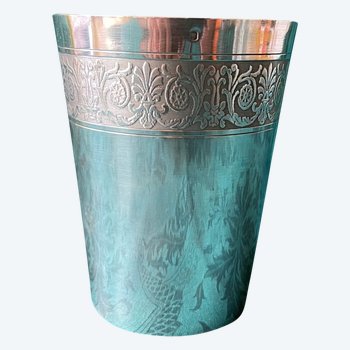 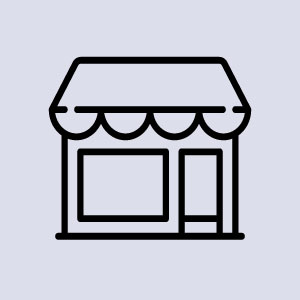 The crystal bottles, topped with their original stoppers (numbering engraved under the stoppers and under the bottles) still bear the original label of the Cristalleries de Saint Louis.

nice condition, no shock or deformation of the frame, bottles and stoppers in perfect condition too 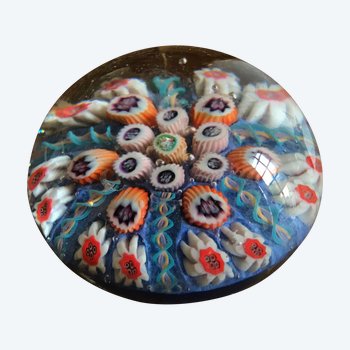 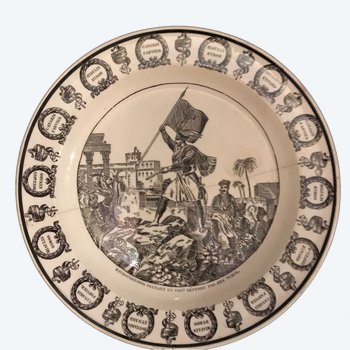 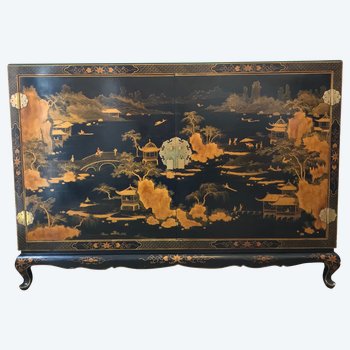 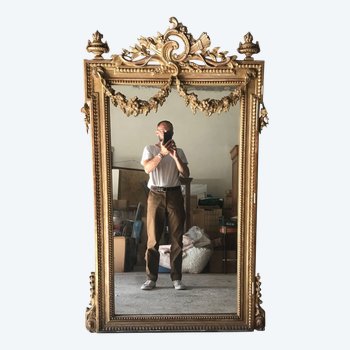 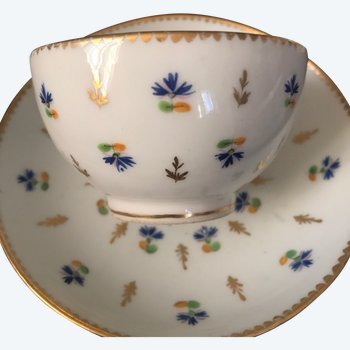 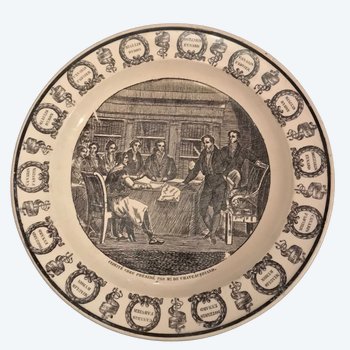 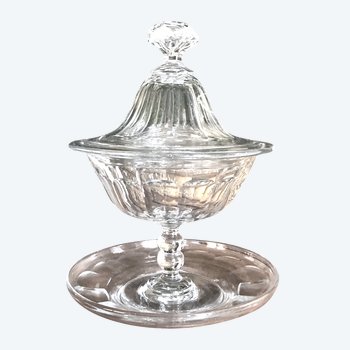 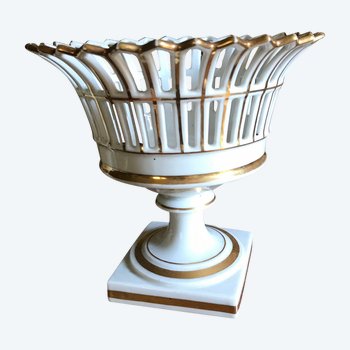