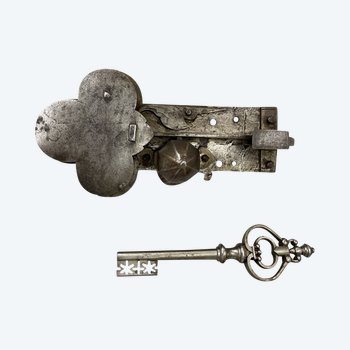 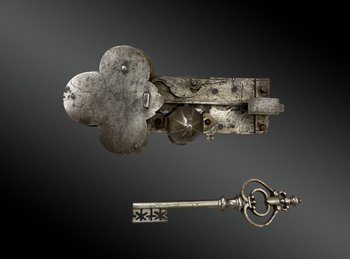 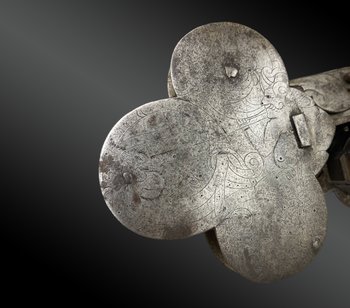 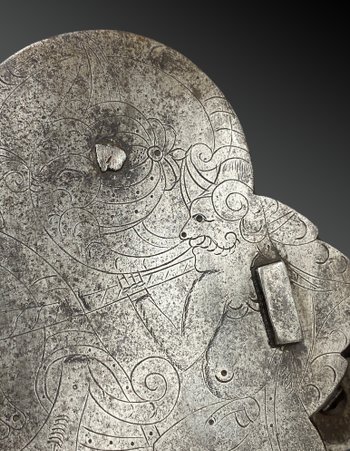 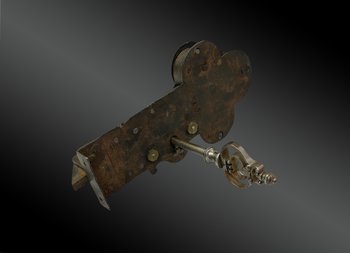 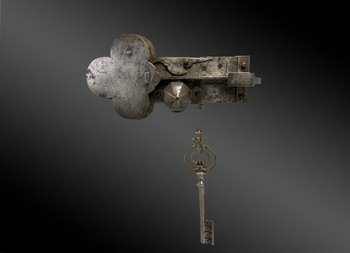 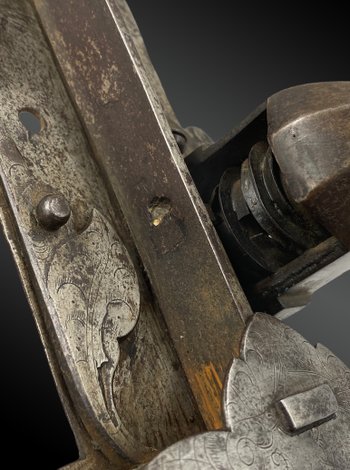 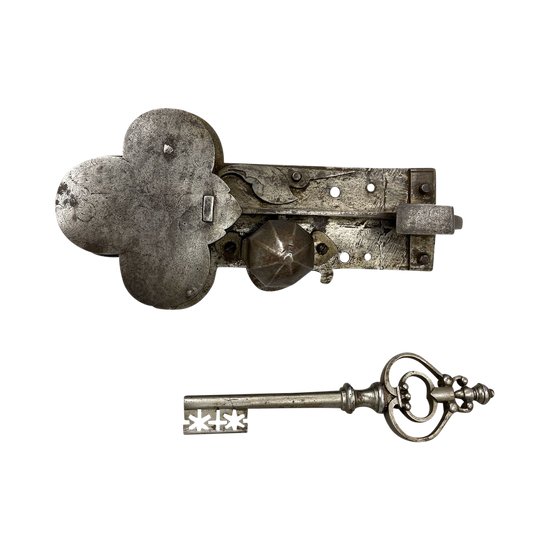 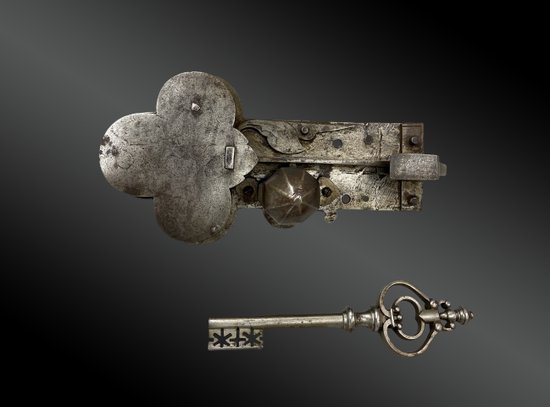 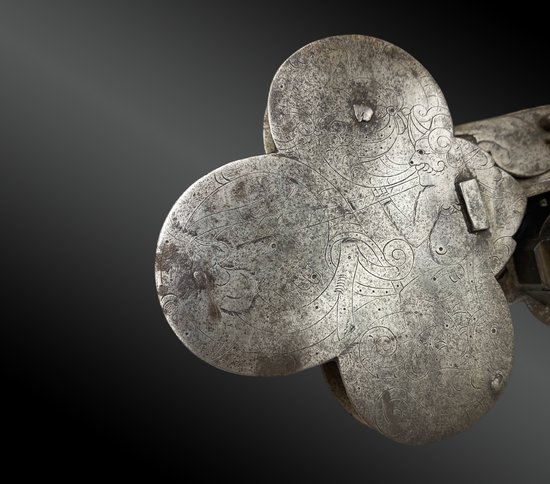 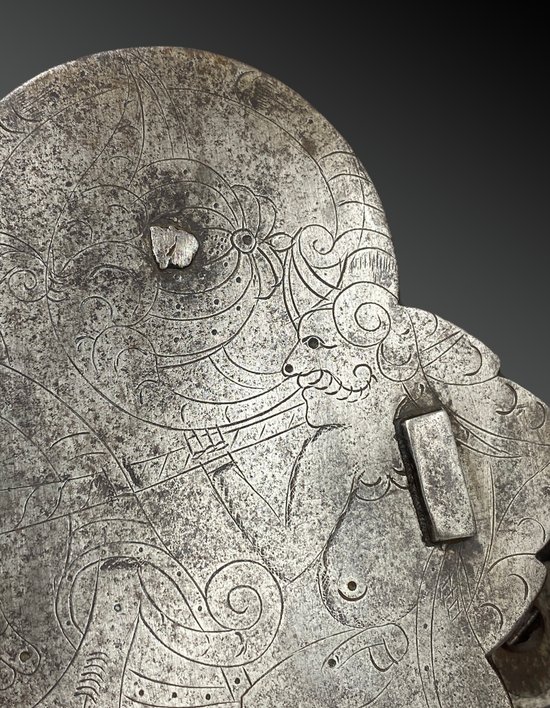 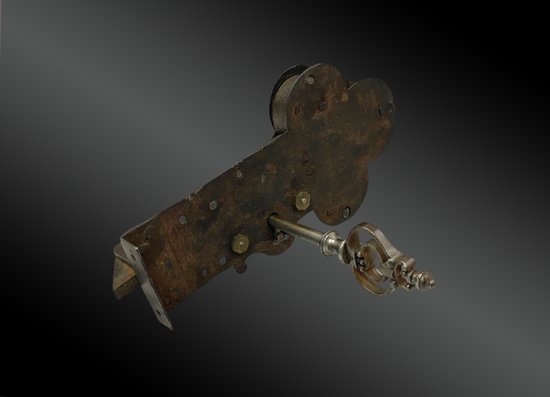 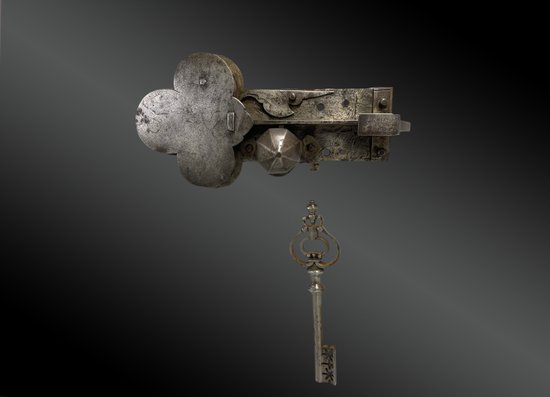 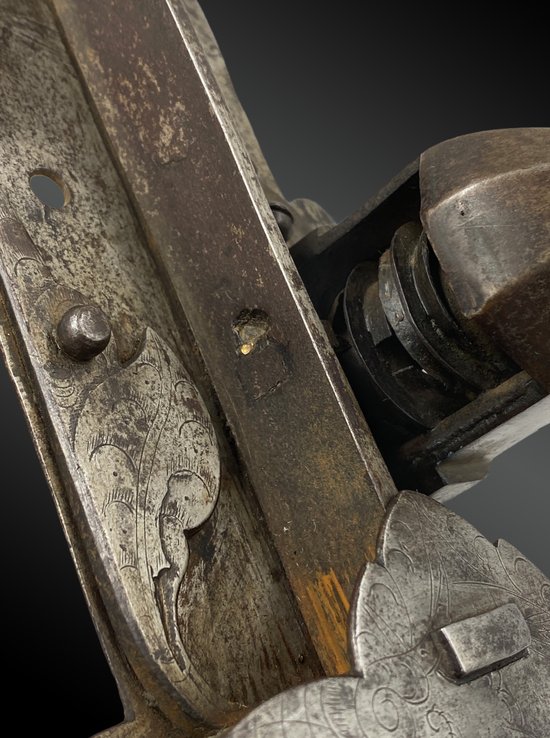 Wrought iron door lock with a three-lobed box, rectangular palâtre and cover engraved with an animated scene depicting two figures: a naked man with a mustache holds in his left hand the horn of a unicorn. The rectangular faceplate is engraved with a helmeted man's head, blowing volutes.
We include a later key bit with three closed slots.

The engraved scene could refer to the parable of the man pursued by a unicorn, of which Jacques de Voragine's Golden Legend echoes: “So he began to discuss at length the pleasures and vanities of the world, supporting his words by several. examples. "Those," he said, "who covet bodily delights and who let their souls die of hunger, resemble a man who would flee as quickly as possible before a unicorn which is going to devour him, and which falls into a deep abyss." " Also, the helmeted profile could refer to Barlaam, the storyteller, thus blowing the story. 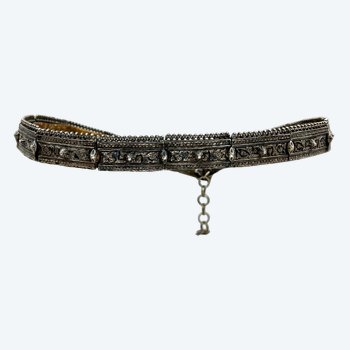 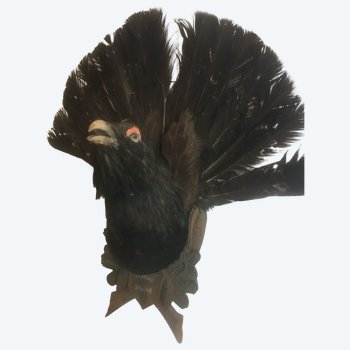 Capercaillie on coat of arms

Cane made of shark vertebrae 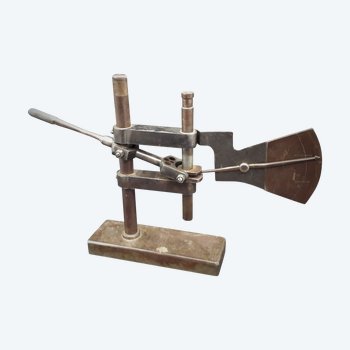 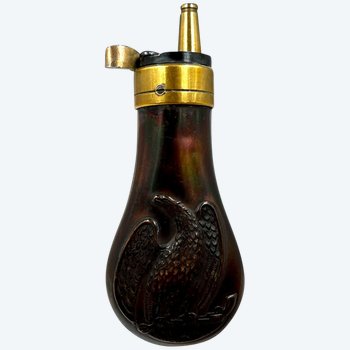 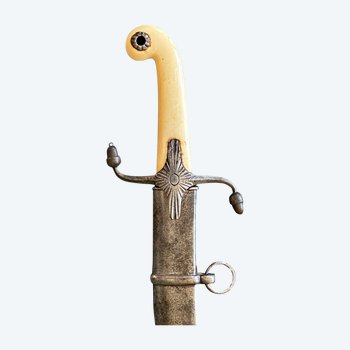 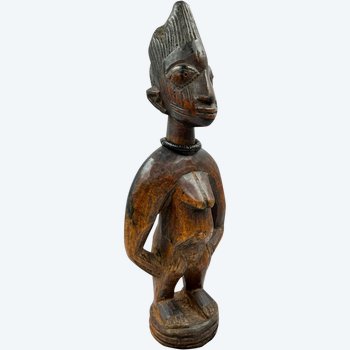