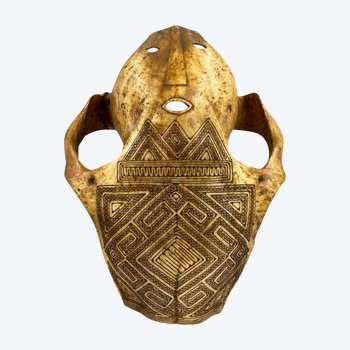 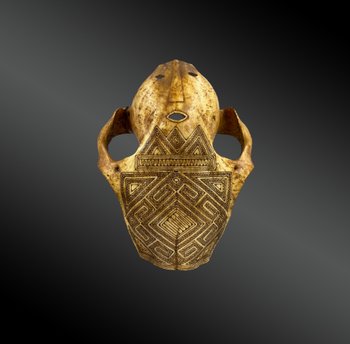 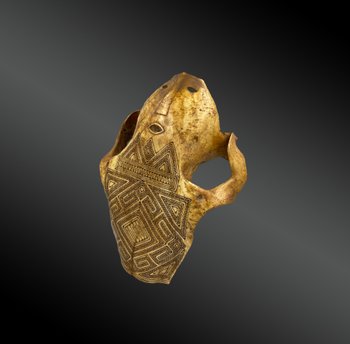 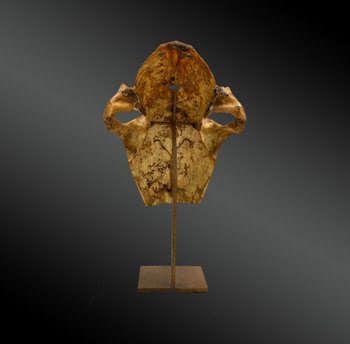 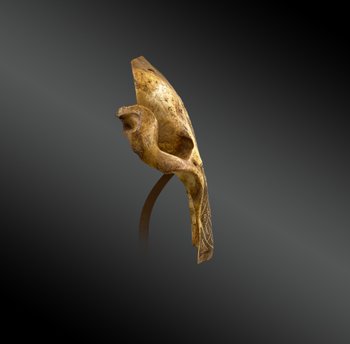 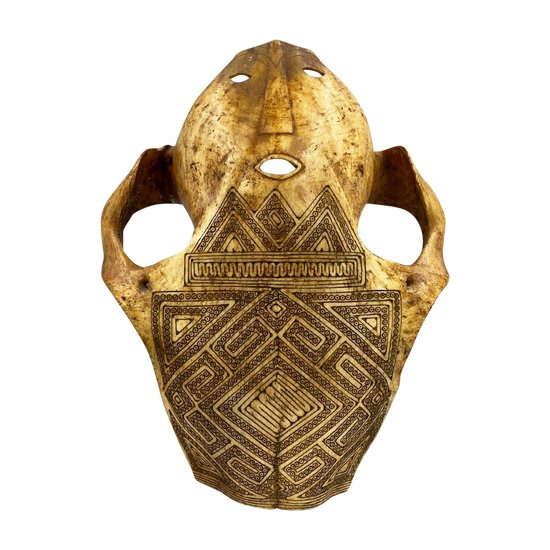 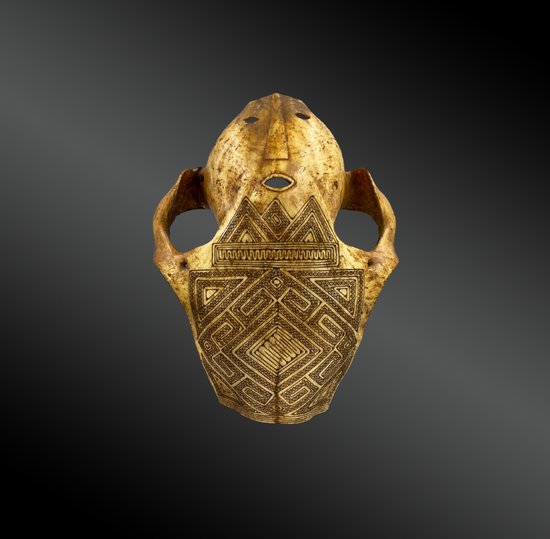 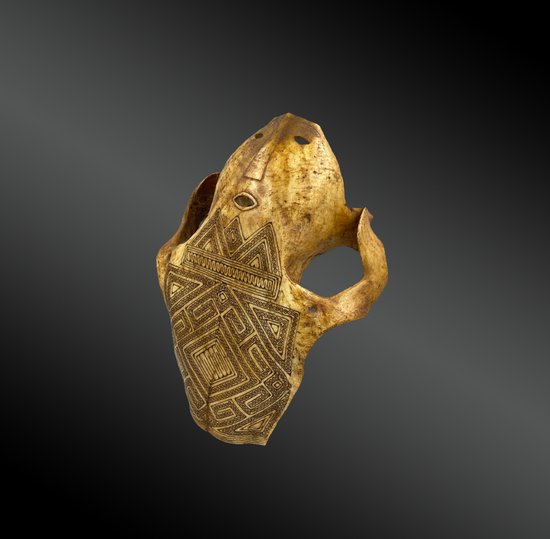 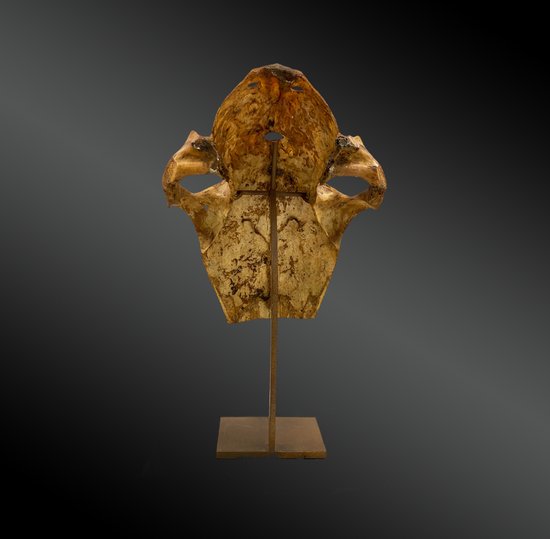 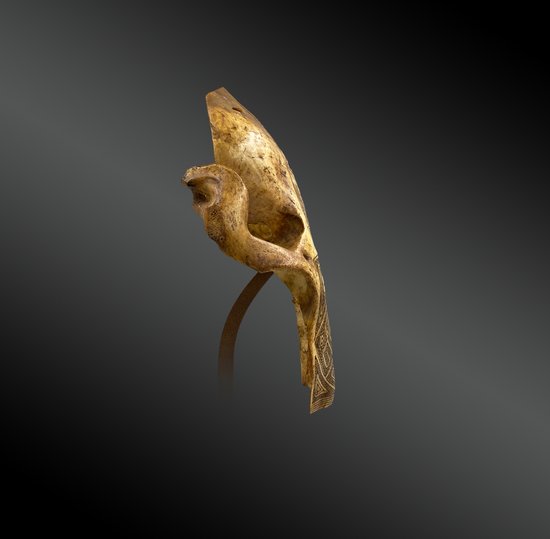 Front part of an animal skull, engraved with black-colored geometric incisions organized around a central square and surrounded by a Greek frieze.
The upper part forms a stylized face with a raised triangular nose and openwork almond-shaped eyes and mouth.

It is believed to be the skull of a young boar. Indeed, the ritual wanted that after having captured and eaten the wild animal, the shaman, called Dunkun, engraved the front part of its skull and became a ceremonial object allowing access to the spiritual world. 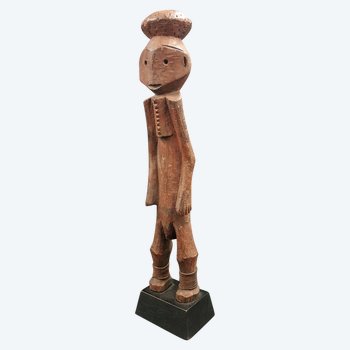 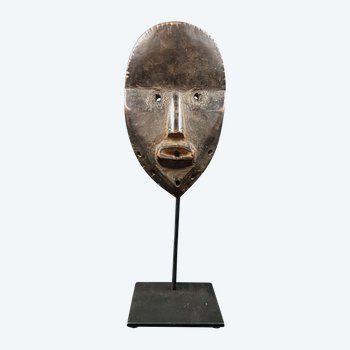 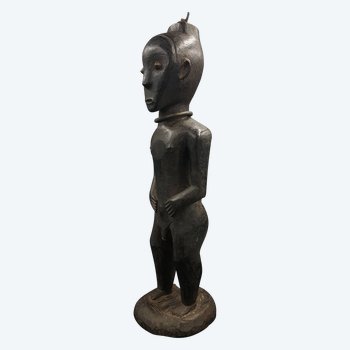 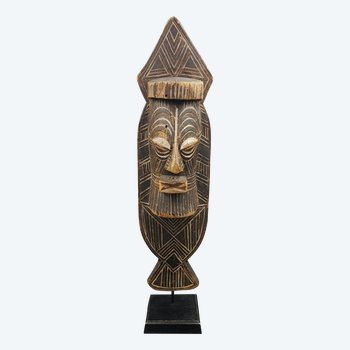 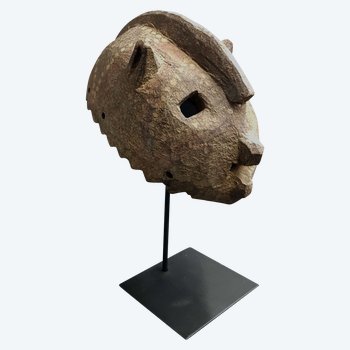 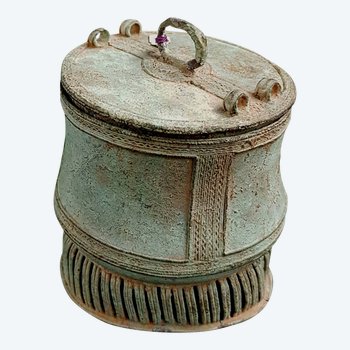 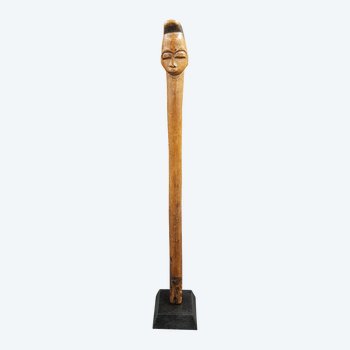 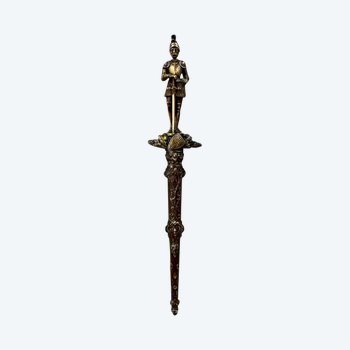 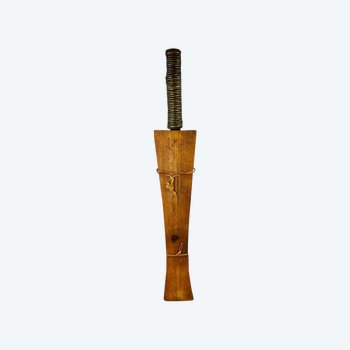 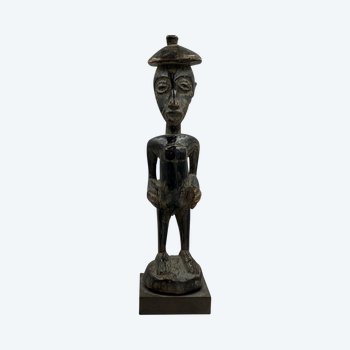 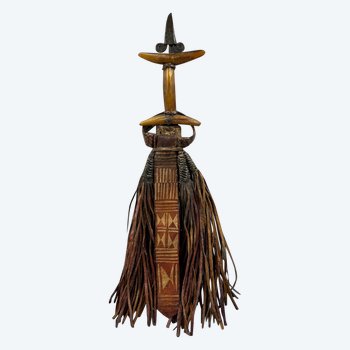