Light wood throwing weapon carved with three anthropomorphic figures one above the other. The first figure has his head at the intersection of the two branches. He is seen from the front, his chest presented in two cones. The other two characters face the opposite direction. They constitute the handle of the sling, entirely openwork. The first is a drummer, leaning on his musical instrument. The second is a mask, endowed with its important loincloth of fibers.

These slingshots were used to hunt small animals such as birds or small game. 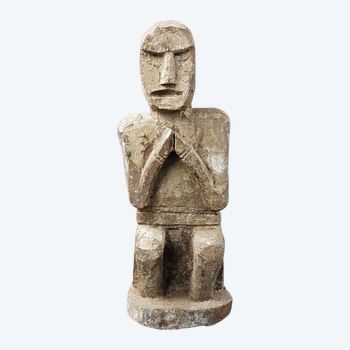 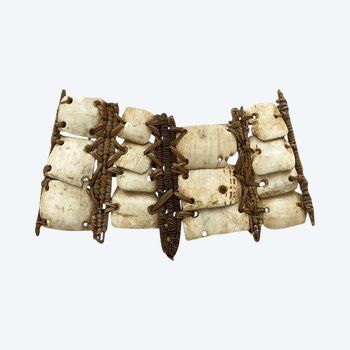 NECK SUPPORT Oromo from the Jimma region, Ethiopia First half of the 20th century 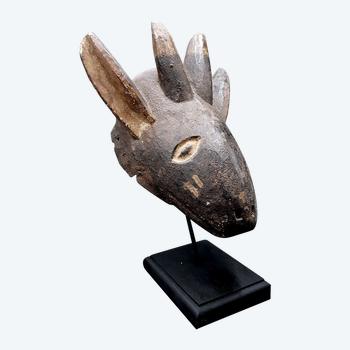 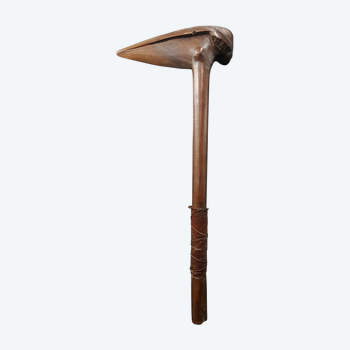 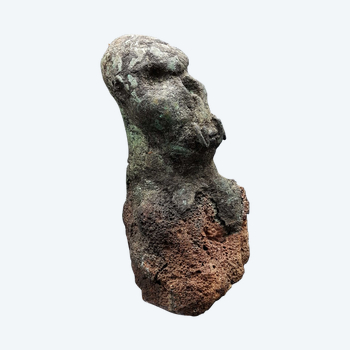 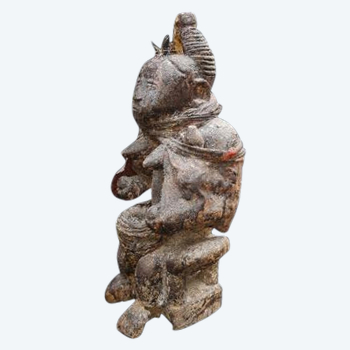